Powers & Abilities Could Law use Mes on Kaido ?

‎
#1
Kaido is said to be unkillable but if Law takes him by surprise (so Kaido wouldn’t have the time to protect himself with CoA) and uses Mes, wouldn’t his heart expel out of his body ? Then all they’d have to do is crush his heart to kill him. 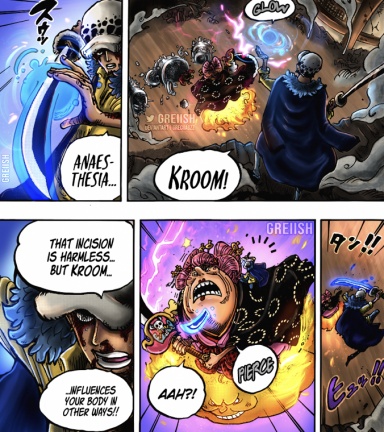 ‎
#2
yes, the attack so advance it can bypass logia intangibility. Kaido scales without CoA to defend, get pissed on by law.

but it wont happen law would look to broken. That's why he was stopped from attacking drunk kaido. Technically he'd cut his ass to pieces, if kaido just taking it. Like against luffy without CoA. Cant have that so hes stopped by Hawkins.

An ability oda totally drop the ball on tho, is Laws personality switch ability, that would've been a far better way invad the party. By using planted moles. Instead we got random customs
S

‎
#3
I foresee that Oda will pull a nerf out of nowhere to justify why Law tecniques cant work on Kaido.

Or maybe that due Kaido massive size is required to use lifespan.
Last edited: May 21, 2020

‎
#4
That's depend. Mes works on Logia like Smoker but I don't know if it can bypass Kaido's scale or Haki. We will see