Mink Race Bonus: +24 in Strength and +24 in Vitality
Click to expand...
Strength: 57 + 24 = 81
Agility: 81 x 2 = 162
>Reaction: 81
>Movement: 81
Vitality: 57 + 24 = 81 x 2 = 162
>Resilience: 81
>Endurance: 81
Haki: 64 x 2 = 128
>Armament Haki: 82
>Observation Haki: 46
Fighting Style: 41 x 2 = 82
>Electro Combat: 82
Beerbottle said:
My face likewise hardened as veins started to bulge. This arrogant little shit! He's dead! It was such a sad situation.. I had come to this place intending to relax, sick as I was of all the blood and misery I caused around myself. However, it was apparently not meant to be, in my madness I had already destroyed that chance before this Marine had even set foot on this island. Nothing would stop me now, alone as I was without even the rest of The Swan Pirates to try and keep me sane.
Click to expand...
Beerbottle said:
"..." For a second I was honestly surprised, I couldn't fathom his logic. Why would I care?
Click to expand...
Just by analysing from the bulging veins from the mans head, Butch knew ' He's a hothead, so he will be prone to ... ' before he could even think he would feel the wind through his fur as he reached into his pocket pulling out a cigarette and a lighter. He took a moment then lit the cigarette puffing smoke. That was not normal of Butch, all of this was to eat at the man.

Beerbottle said:
My opponent turned his attention back to me, I was gobsmacked.. And then I started to laugh.. It rang out fairly high pitched despite my size and the usual timbre it had normally. My eyes were not the eyes of a person right now, they were the eyes of a cornered beast as my madness radiated from them. Comparing myself and my opponent, I was the animal, not the other way around.

When I stopped laughing I had on a unnatural grin, like it had frozen in rictus as I spoke to the crowd.

"It is far too late to try and minimize the damage to this island and to your own people now. I've already broken this place.. And now I'll show you despair".

I ran forward as quickly as I could, I did not have a moment to waste. I wasn't doubting my true opponent could actually be a challenge for me, but before he'd know to act I would get a couple of his subordinates. They couldn't follow my movements at all and suddenly I was in front of one of them, my sword rose and fell, and suddenly I held a cut off head by the hair in my left hand. Laughing like a maniac once again.
Click to expand...
Hearing the decibels of his chuckle, Butch knew this was a laughter of annoyance. He could feel the sound of the laughter from the wind, running through his fur and body. This was a unsatisfactory laughter for Butch to feel. Though the sensation of decibels can be heard due to Butch being a dog mink. The ears would twitch alarming the body of the sensation of the laughter.

Hearing the man, Butch would charge up by clenching his fist feeling the veins charge up and shoot from my fist directly up to my shoulders. A charge went up, with a sudden relieve of coolness as Butch just closed his eyes and whispered " Electro Dash "

Mastery required for this technique: 41 in Electro and 41 in Strength - DPR: B 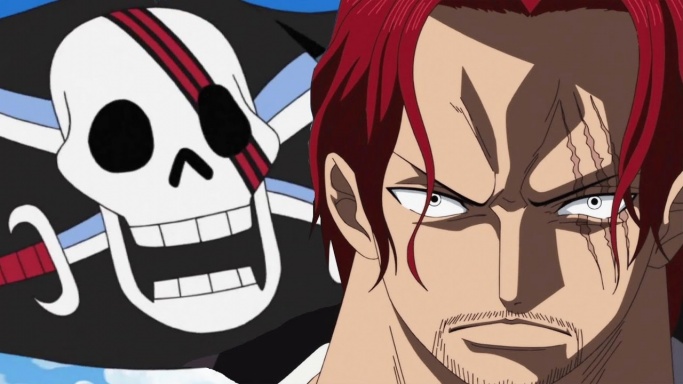 "Ahhahahahahhahahhaha!" My laughter a pure dissonance in this hellish scene. I dropped the sliced off head to the ground as I grabbed the nearest marine mook with my left hand and held him up in the air by his throat as my sword stabbed right through his chestbone through his heart. For added certainty I twisted my sword sideways before pulling it out in one fell swoop. The marine's scream stopped harmonizing with his fellow colleagues as he fell to the ground.

A change in the airflow behind me made me do a 180 turn as quickly as I could, however I was far too late to mount any type of defence as Butch came at me through the air with speed that matched my own completely. The punch hit me square in the chest, I could already feel my skin bruising As electricity also coursed through me.. It merely made my body ache, nothing more. "Ahahaha! Is that all you got"? I was now very close to this powerful foe, grabbing my swordhilt with both hands for a more steady grip I simply raised it above my head. As I did so I called upon my armament haki, holding nothing back. I'll crush him! My blade immediatly turned black, then flamepatterned with a crimson glow before finally a blood red aura surrounded it. My words came as if from the pits of hell itself "Baki!" before I brought down my sword, intenting to hit Butch's right shoulder.


-Baki: After raising his sword above his head, the user delivers a powerful vertical slice to his opponent. This attack can easily slice through solid stone. (61 Mastery, 81 Strength and 41 Movement Speed) Destructive Potency Rank: A