Comrade will have the first post. Inflamed will thus have the last post of the debate.
Judges: @Kiwipom & @Natalija 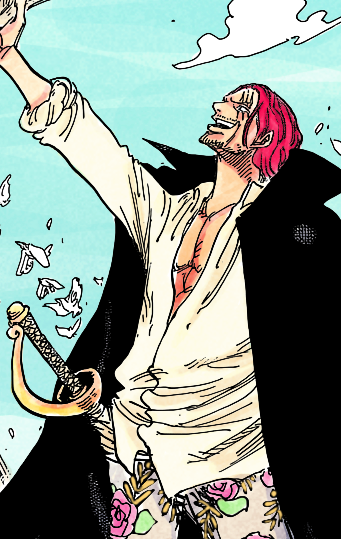 Katakuri is a man whose character has no equal. Someone who from the very start has been introduced as a cool-headed man of few words, a silent, unfazed observer, always ahead of the situation and taking matter into his own hands. A man beloved by his family, one who commands through respect rather than fear.

What was Katakuri doing at the start of the wedding, when gullible people were celebrating the wedding, while the Big Mom pirates confidently looked forward to the execution of Germa? Observing. Calmly, without expectations.

This is something we often witness with Katakuri. Never underestimating a situation or a character in particular. 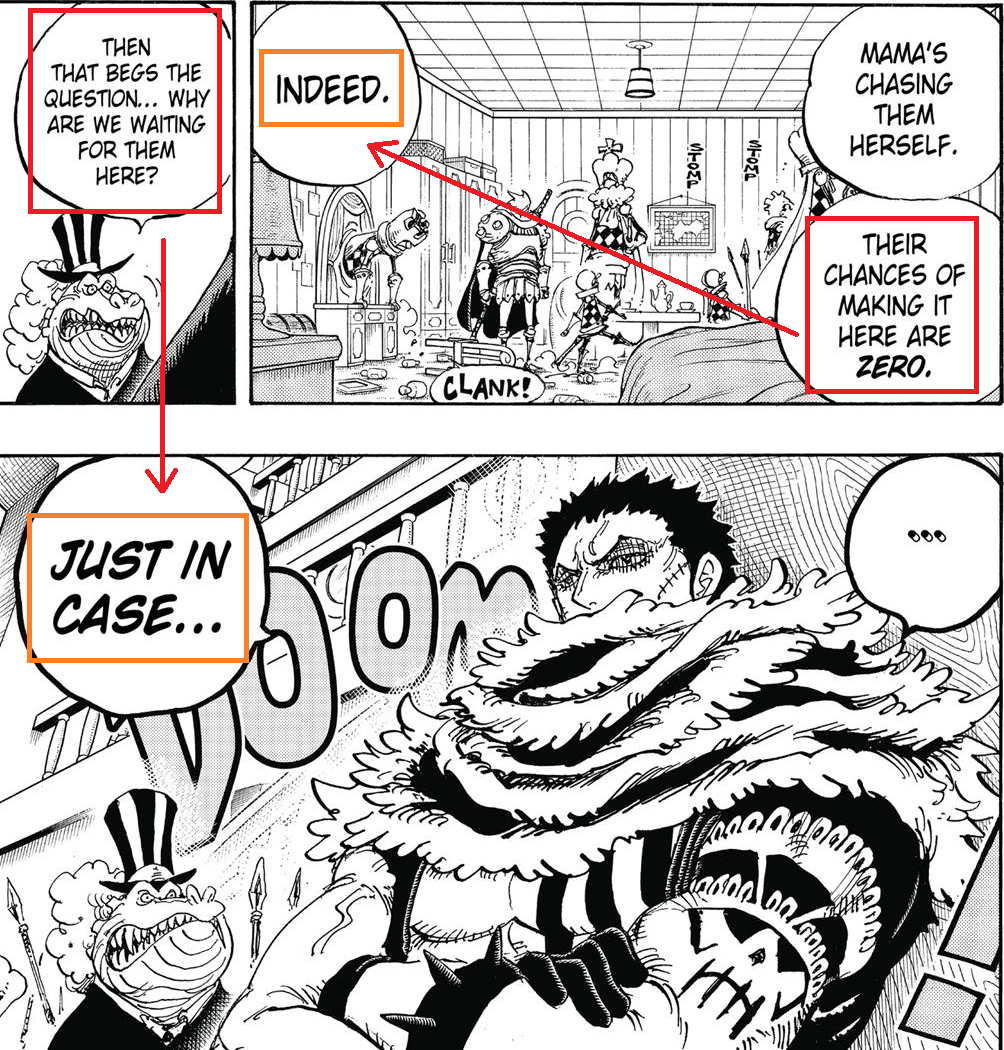 Just as he witnessed Luffy for the first time, he already concluded, that Luffy ought to become a future threat to Big Mom. 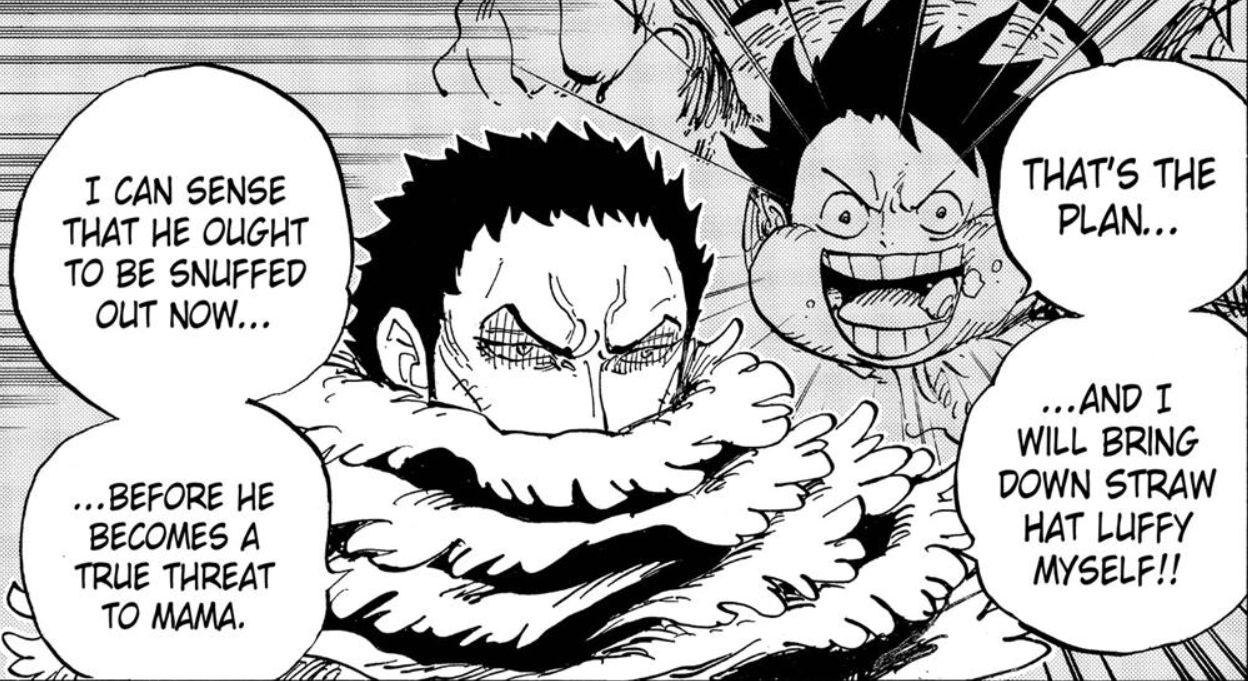 Never underestimating his oppenent, even when he clearly has the upper hand, unlike all of Luffy's other opponents. 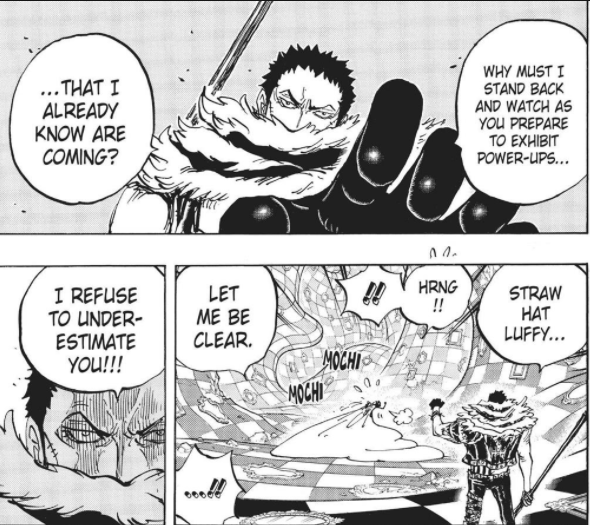 As the wedding was sabotaged, he was the one grasp the situation, take actions and give commands and doing damage control to save what can be saved. Never getting caught in futility. 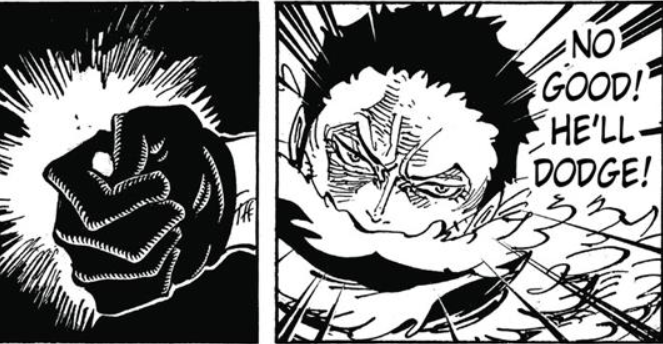 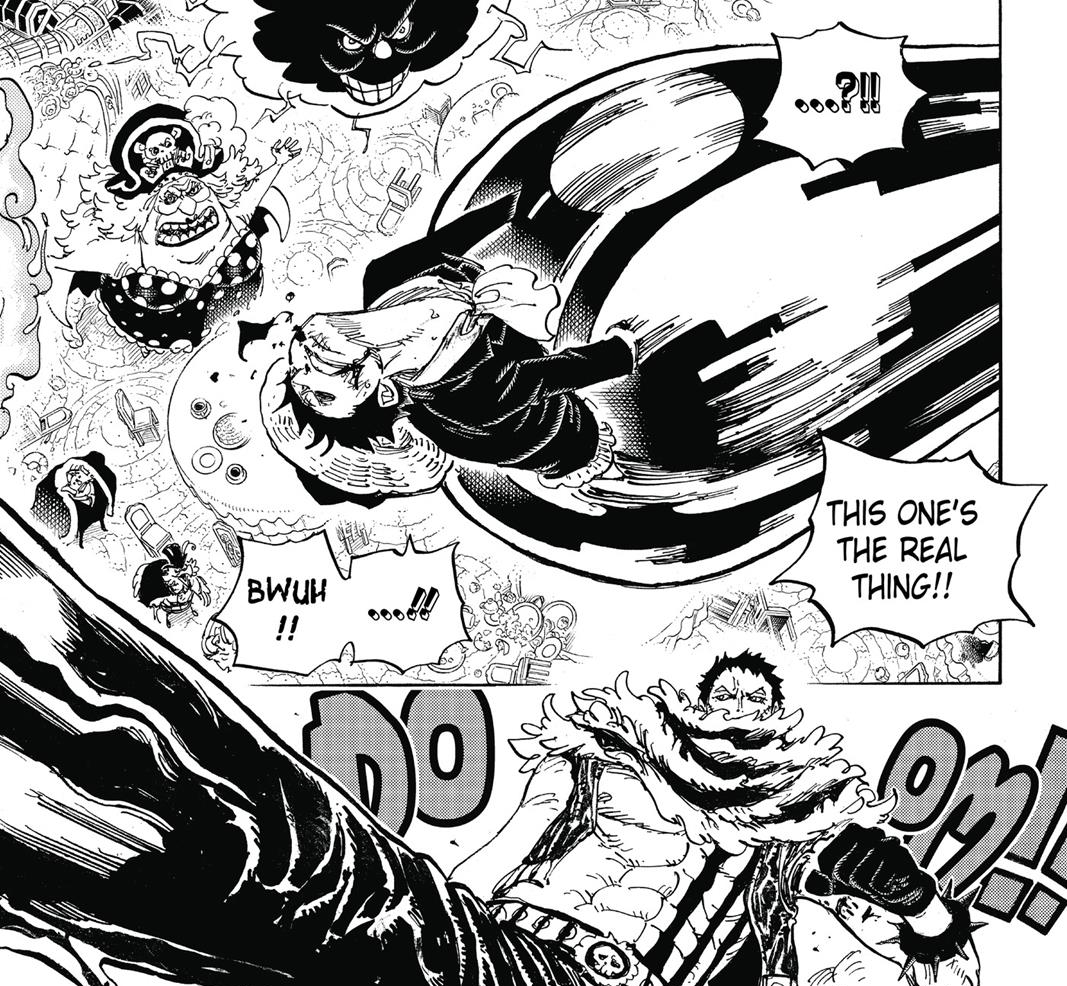 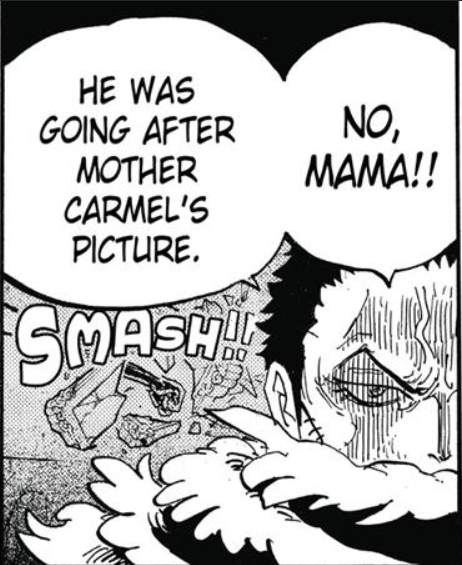 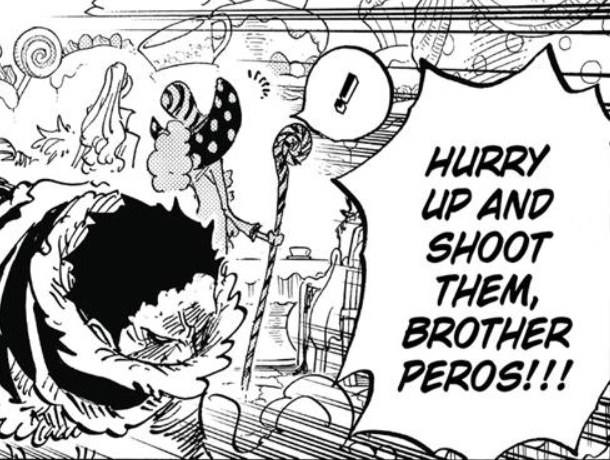 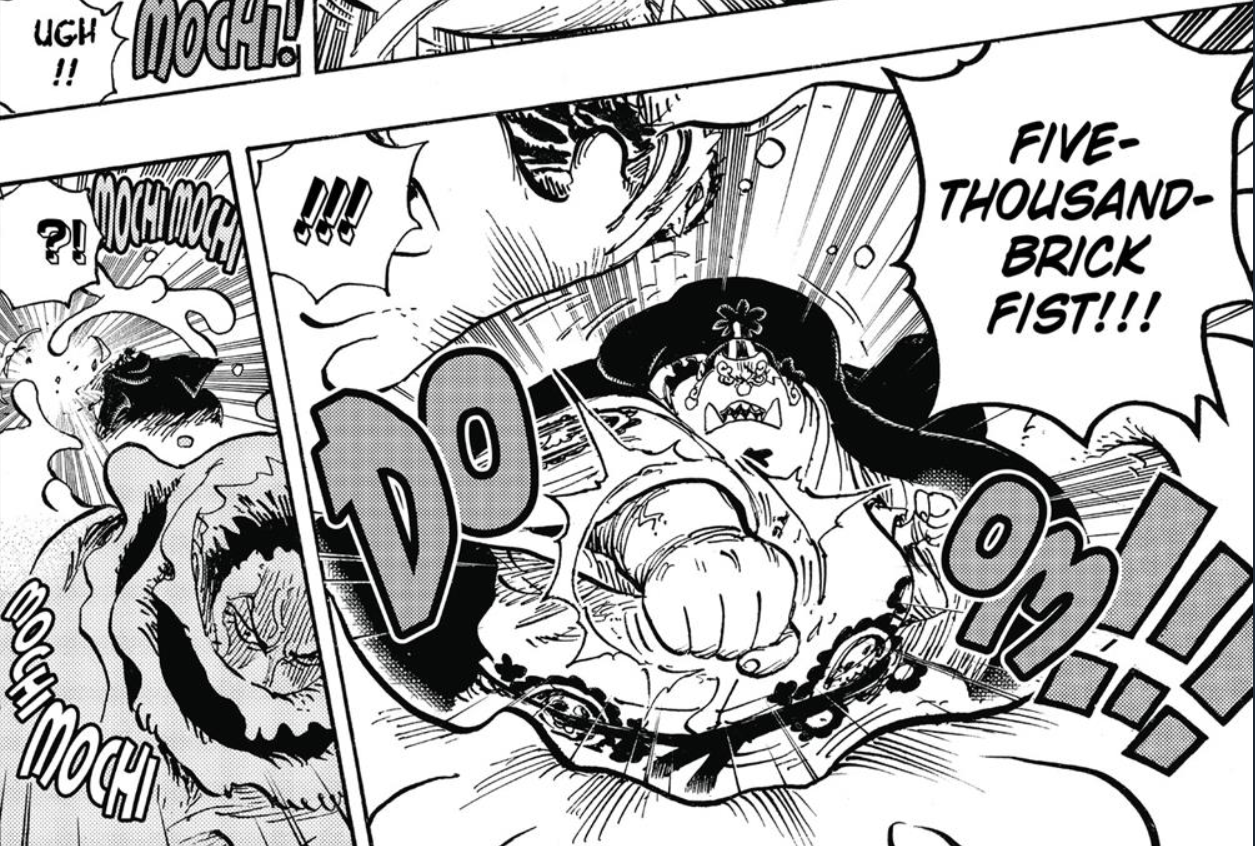 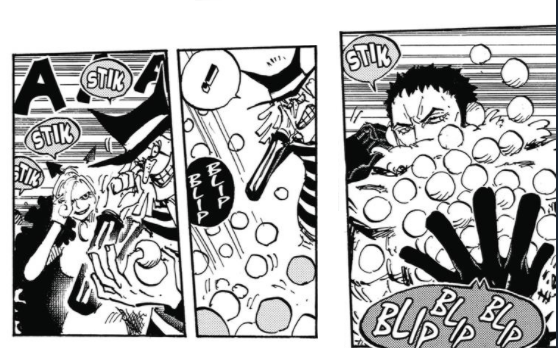 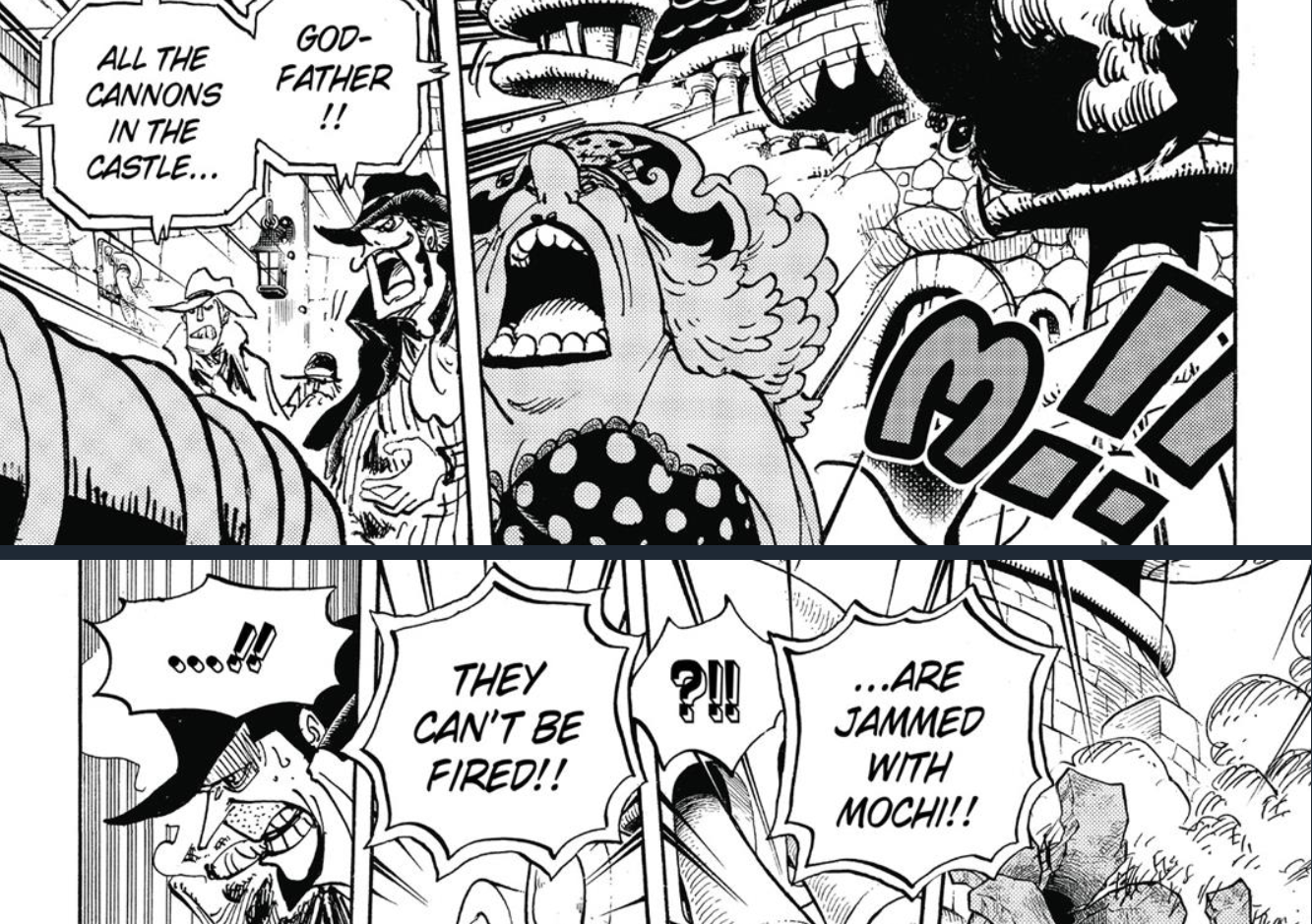 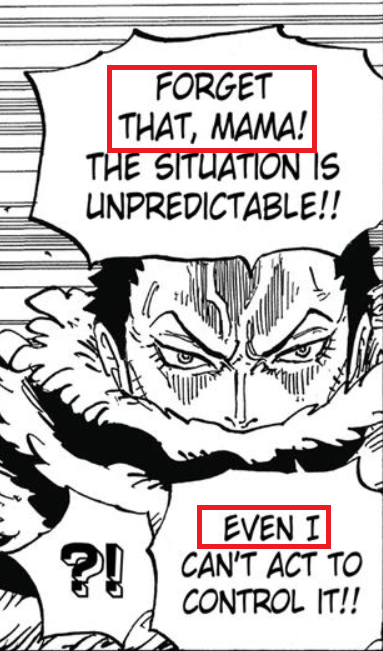 The Katakuri vs. Luffy fight. ​
Witnessing their fight, I noticed that Katakuri's philosophy is very similar to that of Mihawk. As we figured out already, Katakuri never underestimated Luffy, even acknowledged him to be a future threat to Big Mom if he is not stopped.

Yet his outward attitude towards Luffy seemed arrogant, down-looking. Just as Mihawk saw a pathetic weaking in Zoro he could demonstrate the difference in strength without the need to cross blades at all, mocking him with a little butter knife to let Zoro acknowledge by himself how weak he was, similarly did Katakuri mock Luffy by overwhelming him using but a copy of Luffy's own fighting style. Demonstrating, that "everything you can do, I can do as well but better". Morally breaking him, just as Mihawk attempted to morally break Zoro with that knife.

As Luffy was lying on the ground already, trashed by a copy of his own abilities, Katakuri had to talk down on him to further elaborate the pitifulness that Luffy actually is, telling Brulee to send the soldiers setting their ship on fire. Similarly to Mihawk asking Zoro "what burdens you so? What do you still desire at the extend of your strength, weakling?" 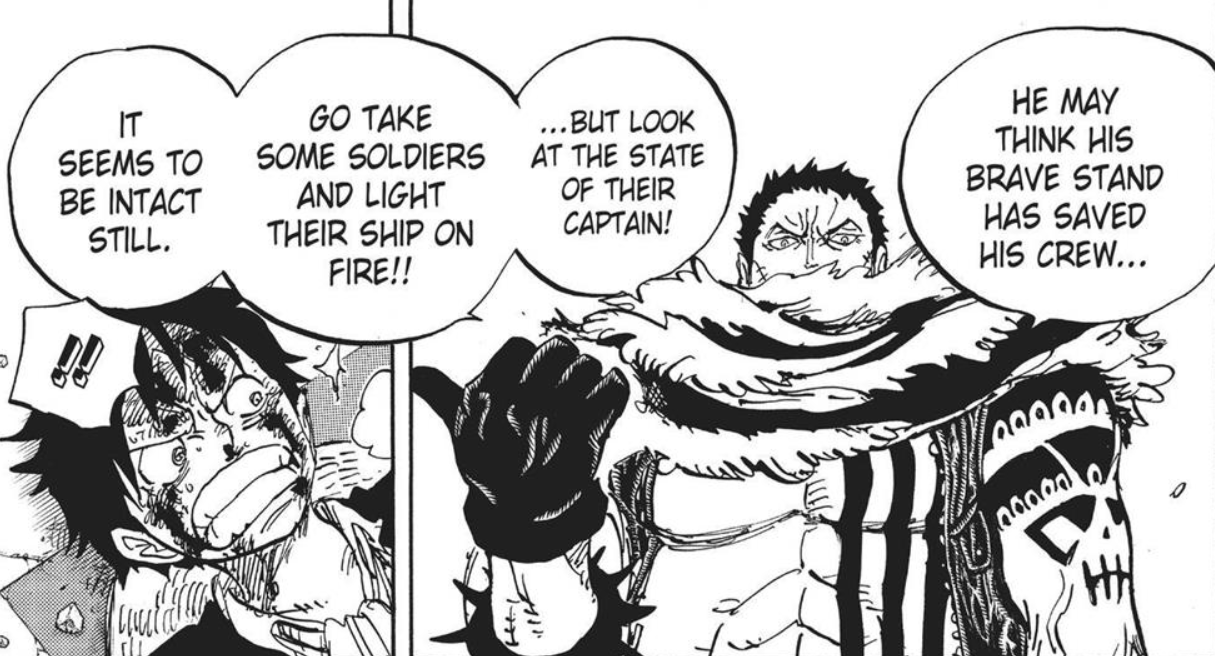 As Luffy attempted to stop the soldiers from igniting their ship, Katakuri quickly beat him down, asking just what happend with their 1 on 1 Luffy asked for. 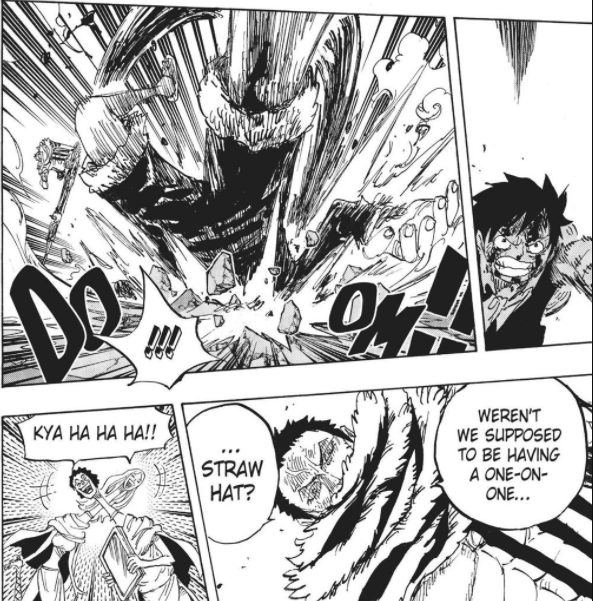 And just as Zoro eventually gained Mihawk's respect through choosing death over defeat, Luffy started to gain Katakuri's respect through coming back again with the determination to surpass Katakuri at full strength. Stabbing himself into the gut, was in-character for the man with the legendary undefeated record, who got challenged to a 1 on 1 by the man who returned to the mirror with the determination to surpass himself. It became all the more obvious, when we learned that Katakuri too has the qualities of a king, being a conqueror with his own ambition.

Thus, Katakuri went from ridiculing Luffy to actually cheering for him, telling him to get up on his feet and ultimately falling on his back on purpose. Just as Mihawk told Zoro to move forward with that fierce ambition of his and surpass his blade.


Katakuri, the brother who cares for his siblings. ​
Throughout the story, Katakuri has been portrayed as a man who loves his brothers and sisters and would protect them at all costs, crushing those who dare to lay a finger on them. 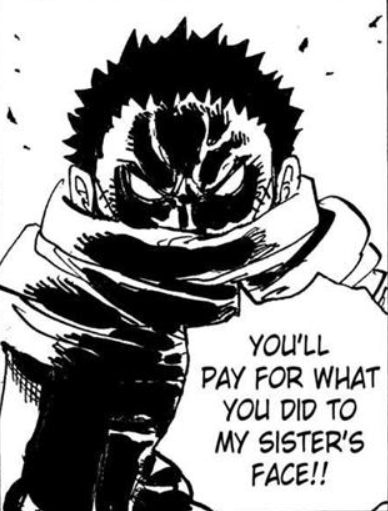 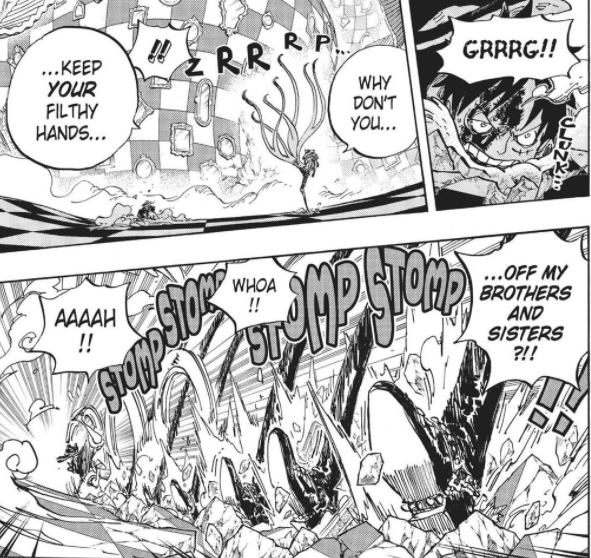 The Katakuri who didn't give a shit about his appearance: 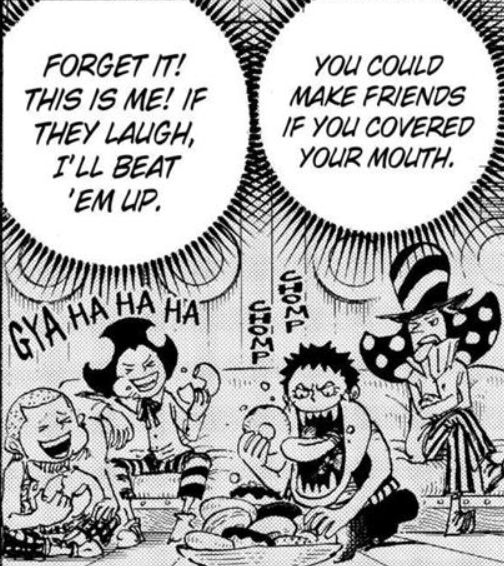 Chose to hide his face, both physically and metaphorically for the sake of his siblings. He chose to become the perfect, flawless human, not for his own sake but in order to protect those he loves. 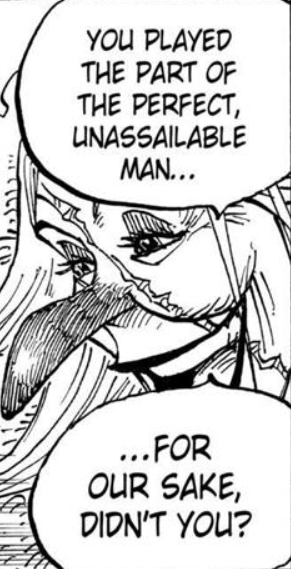 To me, Katakuri is an incredible character with many layers to his character, which build up on top of one another. Each layer is interesting and great on their own. But combined they make him an incredbile one.
Last edited: Aug 17, 2020