‎
#5,322
Zowo said:
Reality u mean ur fantasy
Click to expand...
Nah, fantasy. We know Sanji see him as worth '10 men'. Man that is 'fear' and that isn't 'insecurity' of Zoro when reacting to that again

‎
#5,324
Peroroncino said:
Gaban was never stated to have coc and bullet doesnt actually exist what is moe smoking?
Click to expand...
Gaban does have COC as it's like Garp with it being unofficial statement yet and Bullet is apart of the crew. Kumae, are you dumb? You believe 'ZKK', so that kinda answer my question. It is debunked, bruh. Even Yamato says Luffy is the one to beat Kaido.

‎
#5,325
King of the world said:
Yamato confirms that Luffy is JOYBOY. The one that Oden is waiting for coming to defeat Kaidou.
What are about ZKK theories 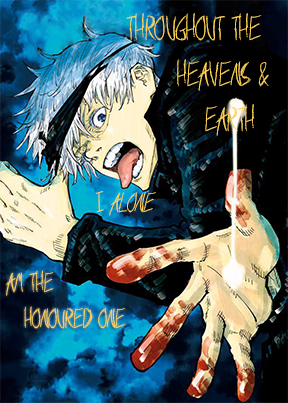 ‎
#5,328
RayanOO said:
How can Luffy beat Kata without Brûlée ? Without merienda ? With Haki time limit ? And without TNJ ?
answer : he can’t
Click to expand...
He still surpassed him end of Wano without any of them.

‎
#5,329
nik87 said:
This is the last year of ZKK being debunked because next your Oda will disappoint you. 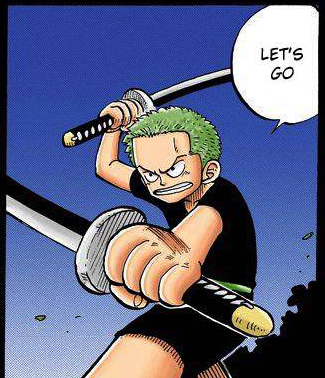 ‎
#5,332
Ok this chapter just got upgraded from ok to pretty good; Zoro is in the chapter lol

Ussop is always clutch in moments like this, and theyre number of reasons why hes not done yet

Click to expand...
Yep, I am everyone apparent. I am 'Moe', I am 'Erkan', I am 'Chrollo', I am Rayan, I am now someone named Nudle who I never met. Zolo? What did these members do to you and your toxic side to have fetish for each of them?

‎
#5,334
Pan D. A. Man said:
Again keep seeing Zoro trusting Luffy, so he believes he will beat him and Sanji is too. Yamato is stating Oden been waiting for him as well Momo, so again your on Head Piece, bruh. Not canon

.
Click to expand...
You keep seeing lots of things, except those that matter.

‎
#5,335
Finalbeta said:
Is this the best nonsense you can come up with?

You look agitated. Relax man, and watch the manga develop. Once ZKK presumably occurs, try to find a hole, eventually.
Click to expand...
Go back to old threads and see how many ZKKers would have accepted ZEK, then talk about "developing" as you change your theories.
When ZEK doesn't happen you'll find something else to cling to.

‎
#5,336
WesMidnight said:
Goalpost shifitng what ZKK means is lame, every non ZKKer was saying the only way Zoro would kill Zoro would be through execution, ZKKers didn't find this acceptable before 1010. You are now a ZEKer (Zoro executes Kaido).

This is an arc 400 chapters in the making for Luffy to show to the world he is the top pirate king contender - having Big News morgan headline "Kaido defeated by Luffy", only to have page 6 news be "Zoro kills Kaido" is FUCKING RETARDED and Zoro isn't outshining Luffy on the world stage for this victory.
Click to expand...
Zoro will get shine from wano people. and news paper will add laugh on mihawk face that boy come close to his level. WSS > PK
Shanks < Mihawk
P

‎
#5,337
Finalbeta said:
CoC is not everything in a fight, I thought this was crystal clear.

Luffy himself was a CoC user on Marineford yet still standing as a fodder. However we don't have proof that there's a non CoC user around who can beat Current Luffy, although such scenario looks seemingly probable.
Click to expand...
You don't beat Oden without COC and his defeats are those with COC each time.

I wouldn't put pre-timeskip Luffy to Prime Oden as that doesn't make sense especially Oden is skilled in his Prime.

‎
#5,338
It's not clear to me if the Haki clash between Yamato and Kaido is that of CoC or Coa, though I'm leaning towards CoC just for the sheer scale of it however it could just be the biggest CoA clash in the series so far if my memory doesn't fail me.

Click to expand...
Ye. It's the worst comment I have legit read in a while have to admit.