wasn't it stated Coby was the hero of the Rocky Port Incident? Post Timeskip in the anime OVA iirc that was used & then the manga​

‎
#8,922
Fleet Admiral Lee Hung said:
I mean @ShishioIsBack its clear that Yoru is still > the grasscutter lol, not sure why we are so insecure about Ryokugyu’s obvious black blade, lol
Click to expand...
Its not so obvious but we will see lol

I was hyping Green Bull but Oda pulled this panel 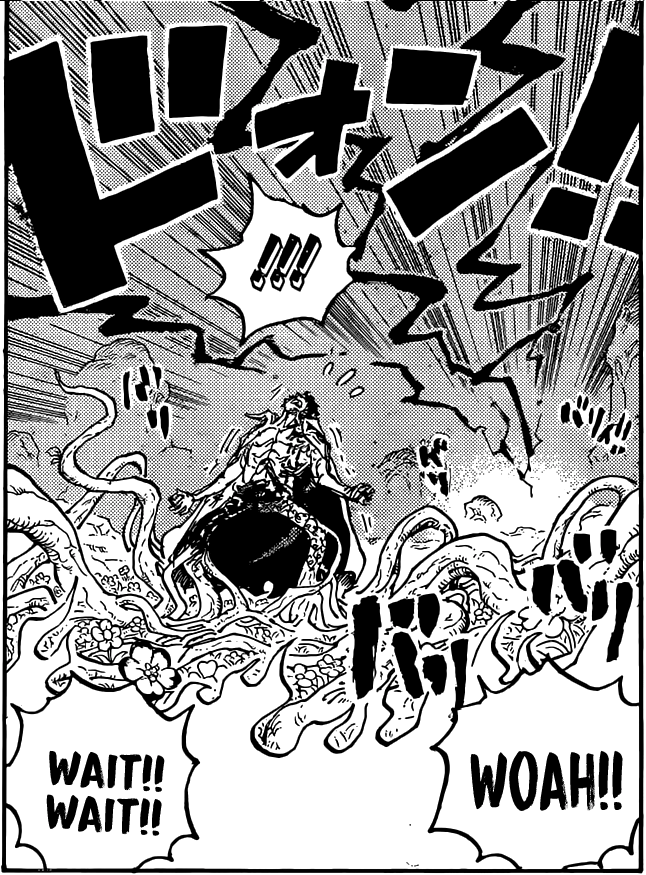 If Mihawk was ever put in this situation, I would just give up on him as a character and join the YC1+ Mihawk train.

‎
#8,923
notAfanboy said:
Yeah, it is my second language, a translation from ZKK believer would be helpful 💀

What is evolution denial? I need some context.
Click to expand...
It's pretty simple
Kidd and law got the same bounty just cause they were in an alliance with luffy
Like luffy and law had 500 mil post dressrosa


Shanks bounty reveal mentioned his crew 3 times nothing about his own power only yonko to have his crew individually named.


Is that too difficult for you ? 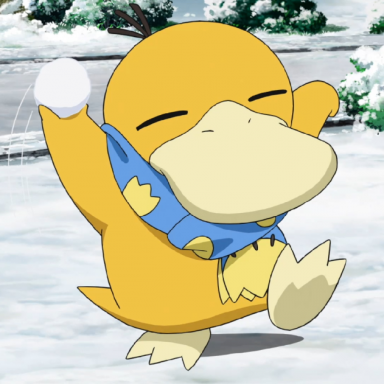 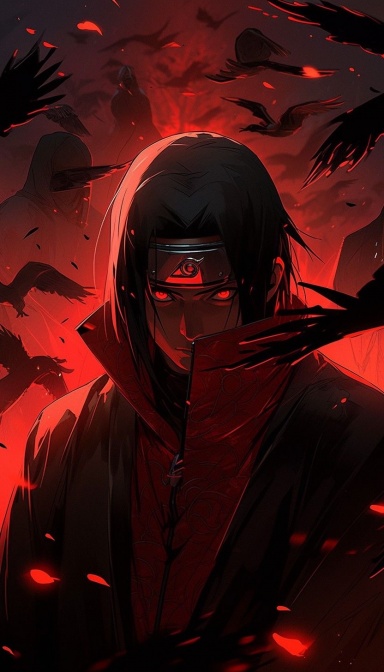 Click to expand...
Yeah his skills are pretty impressive
But skills can only get you far vs strength 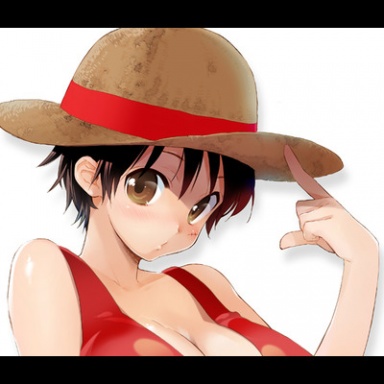 ‎
#8,926
Shimotsuki Ghostly said:
I forgot to mention this when responding to Shishios post too but I'm thinking Scopper might be that man marked by flames/with the burn mark or whatever. That would be kinda hype especially if Kidd is gonna meet him and get "his own Rayleigh" too? Literally the next best thing after Rayleigh?

My other crack theory was that its Saul, Aokiji didnt kill him as it was said Aokiji freezing people doesnt kill them when he froze Robin and she didnt die ofc, almost like its a deliberate parallel to when he froze Saul too and was trying to kill her too back then lol.

Aokiji did use Ice Time Capsule which is a weird choice of name for a move to try to kill someone with especially, unless he was trying to preserve that person for later and pretend he killed him?
Aokijis ice might be so strong that it can withstand the cannon fire, explosions, wildfire and whatever else was happening on the island and it can float on the sea like an iceberg too. Saul kinda looks like a caveman too, so its even more fitting, that frozen caveman being discovered preserved in ice by modern day people lol.

Time Capsules are meant to be opened MUCH later after they are buried too. Kinda convenient that Akainu didnt actually go onto the island and start going on a one man volcanic rampage and making Ohara his personal Pompeii directly too? His magma would have definitely melted Aokijis ice that froze Saul surely and thus killed him for certain ofc, thus sabotaging Aokijis potential plans for him.

If Saul is alive and thus survived Ohara, then he could be burned by the flames on Ohara if they melted the ice and thus thawed him out before he escaped or he got frostburn from the ice instead? 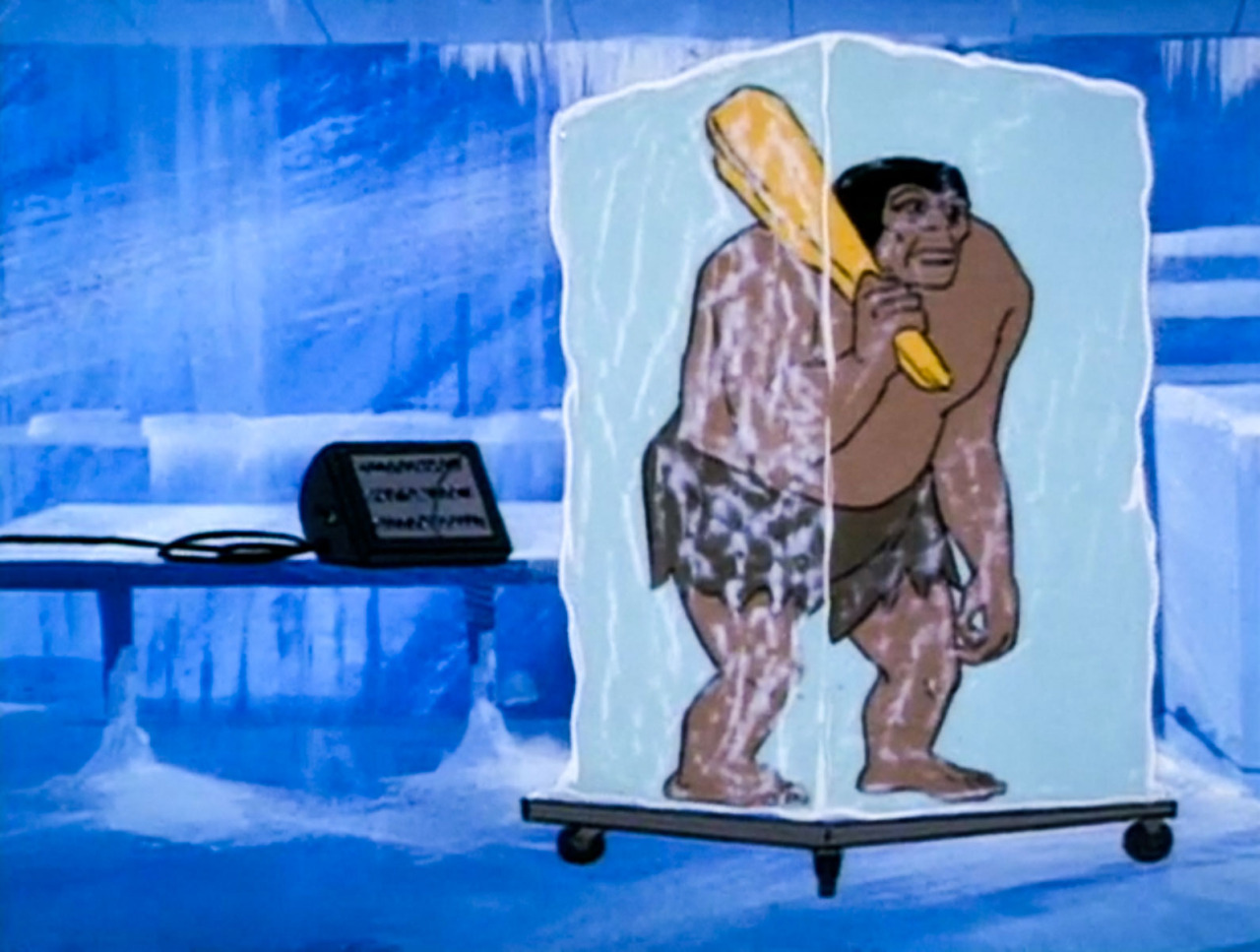 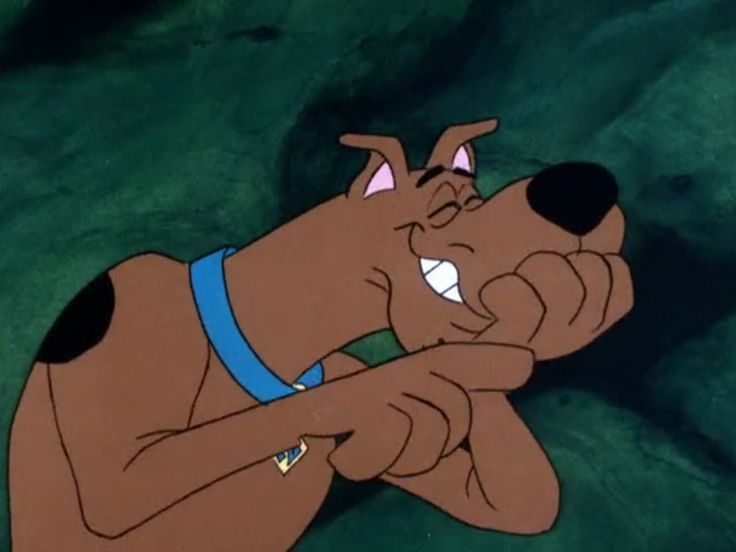 I'm actually reading through Enies Lobby right now, and I was thinking the same with Saul. It would be very in line for Aokiji to spare his friend, especially when he knew Saul was fighting for the sake of his own justice. I'm torn on it: this series has WAY TOO MANY fakeout deaths, but, I love Saul, and... man, I want Robin to have something good happen to her.

Great theories... it would make sense for Kid to track down Scopper. From what we know, Roger is one of the few pirates Kid really respects. Did Kid ever find out Luffy got trained by Rayleigh? I can see Rayleigh showing up later in the series, and going, "Ah, my apprentice, how are you doing?" to Luffy, and Kid losing his mind as a result. 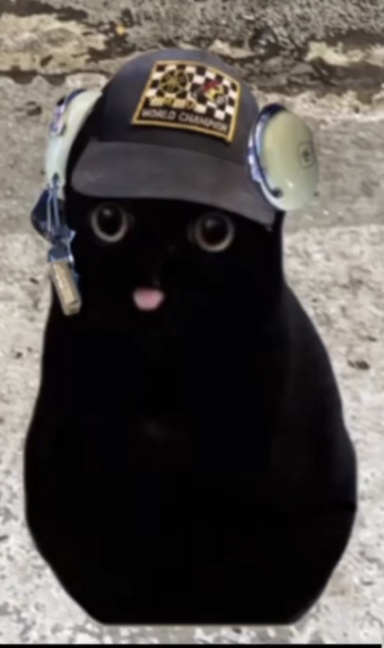 ‎
#8,927
ShishioIsBack said:
Funny thing is Roof Top 30 Broken Bones Zoro has pulled feats that End Of Story Sanji or even his final opponents can't even dream of 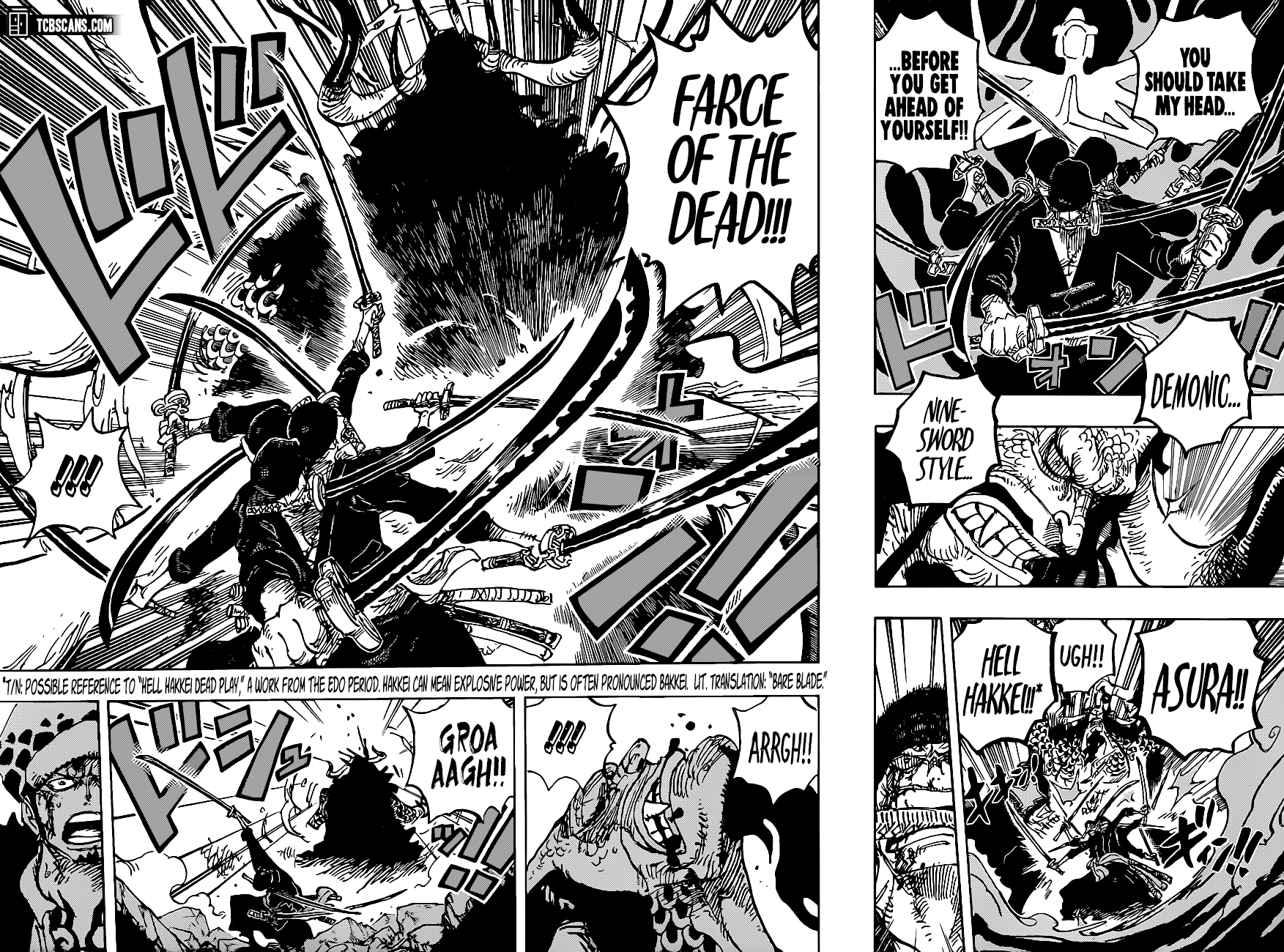 Oh for the record Zoro got those nice 9 Black blades right there.
That's called Hardening, something Sanjitards need this to see 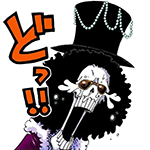 Back to normal i guess Sanji Slander is now topic again

‎
#8,928
notAfanboy said:
Yeah, it is my second language, a translation from ZKK believer would be helpful 💀

What is evolution denial? I need some context.
Click to expand...
Idk maybe hit up @nik87 he's the only one left but in simple English it says Shanks got his bounty because of
a)His Crew
b)His Extremely Famous Commanders
c)Him being Yonko for 6 years
d)His Territory
e)Him being leader of Red Hair Pirates

I am sure strength plays a factor, he is #2 to Mihawk after all but how much Idk. Its worth mentioning pre Yonko Bounty from Shanks was 1 billion and that was from false hype of village destruction and all the other shit. 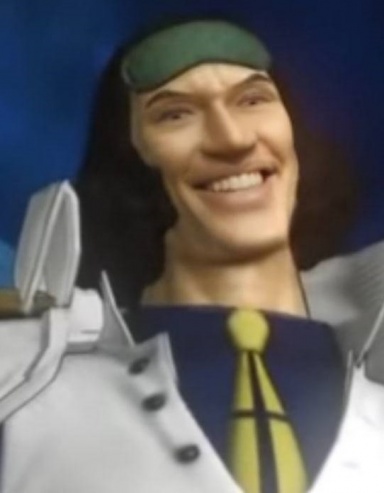 ‎
#8,929
HA001 said:
Of course. Cause you disappeared for months lmfao.
Click to expand...
I quit because I saw what a shit show Wano was and waited for it to end and was more invested in SnK (before the garbage ending). That was well before Sanji vs Queen. I quit at like chapter 995.

HA001 said:
Sanji faced king twice and ended up on his ass both times
Click to expand...
and both times King failed to even scratch Sanji and that's while having Sanji distracted by talking with Momo and fighting multiple opponents

HA001 said:
ast I checked kiku didn't scar kaido pre power up or block a double yonko acoc attack
Click to expand...
Kiku actually pierced through Kaido without Enma magic and it's not a paper cut this time 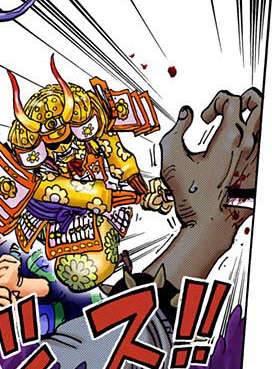 ‎
#8,930
Wildfire Kaios said:
At least Oda will properly draw any feat Sanji achieves and not forget to draw it or make it miniscule in comparison to a dead character’s scar (Oda)
Click to expand...
Sanji just got his first 1 vs 1 w since jabra since 2006
Don't make me laugh

‎
#8,931
Wildfire Kaios said:
Yeah his skills are pretty impressive
But skills can only get you far vs strength
Click to expand...
Skills alone won't take you far in the nw Mihawk has top tier haki 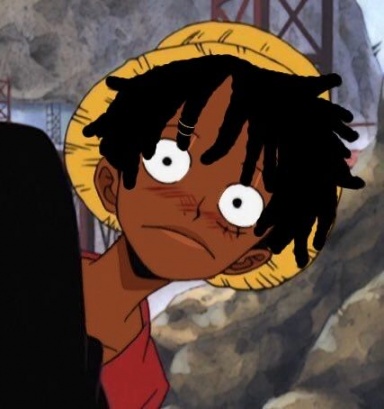 Back to normal i guess Sanji Slander is now topic again

Click to expand...
I guess so
Sanji fans keep seeking attention by shitting on Mihawk Rayleigh and everyone who are far above Sanji's pay grade. 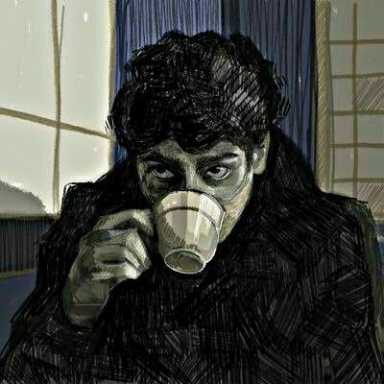 ‎
#8,935
Ssg super suit coby said:
Wait wait wait where are all of those people saying "boa turned two commanders into stone" yet she couldn't do the same to coby AT???
Click to expand...
Lmaooooo, they still havent learned anything from how Oda writes! Its not about powerscaling and a DBZ or Bleach style system for example!

Its kinda like Jojo or as I've heard like HxH, where abilities and how they interact matter and it comes down to strategy/countering, although Oda has been going more of a traditional/cliche Shonen route post TS too a lot.

Its extremely fitting a lecherous/degenerate/anarchist/heathenous etc type crew would be easy prey for her DF, a guarantee even but Koby will always have this edge, this advantage over them due to his purity, his "weakness" as a lot of people here and in the community seem to love to shame him for lmfao. 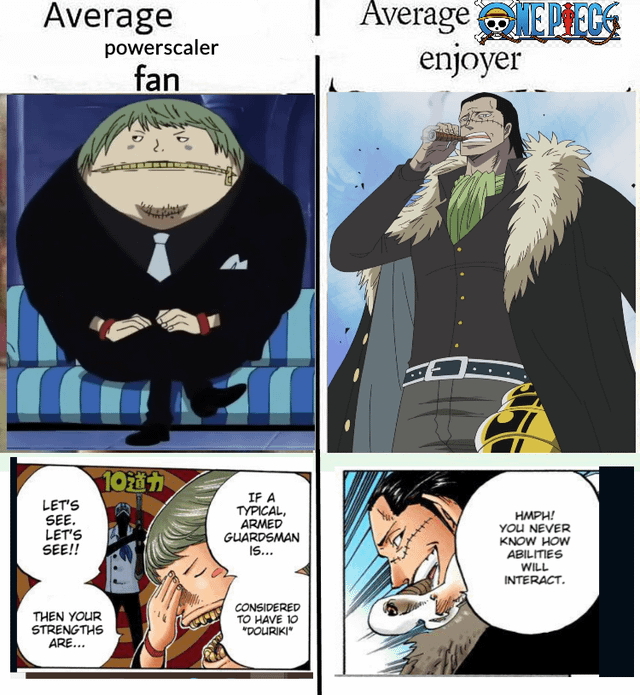 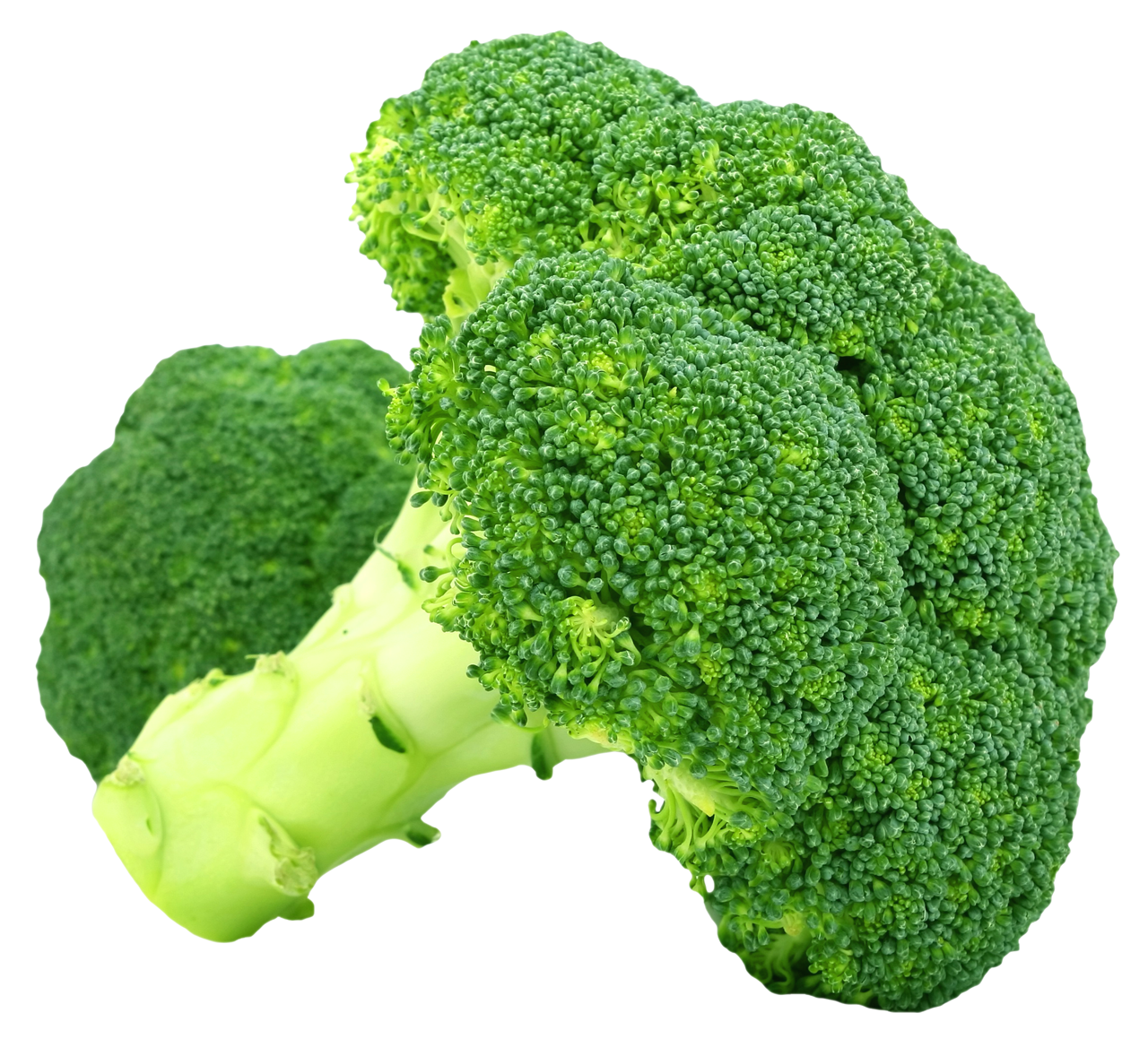 Has a black blade?

‎
#8,937
Bro scopper is gonna be so op i swear! The next time we see him he’ll be capable of battling the Yonko 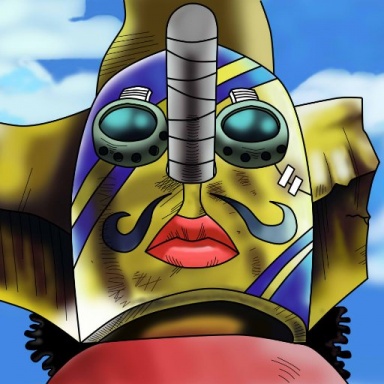 ‎
#8,938
Kurozumi donut7 said:
Sanji will only have feats of being a cook, not a fighter

Click to expand...
if we wanna be real his cooking kept bigmom occupied longer than zoro held up kaido 🥱

‎
#8,939
kurwa said:
I quit because I saw what a shit show Wano was and waited for it to end and was more invested in SnK (before the garbage ending). That was well before Sanji vs Queen. I quit at like chapter 995.

and both times King failed to even scratch Sanji

Click to expand...
You quit when you knew sanji wasn't fighting King lmfao don't even try


King kod him first time and would rather WITH QUEEN chase an out of commission zoro than deal with sanjis fodder ass.

‎
#8,940
kurwa said:
Kiku actually pierced through Kaido without Enma magic and it's not a paper cut this time
Click to expand...
Zoro Tatsumaki 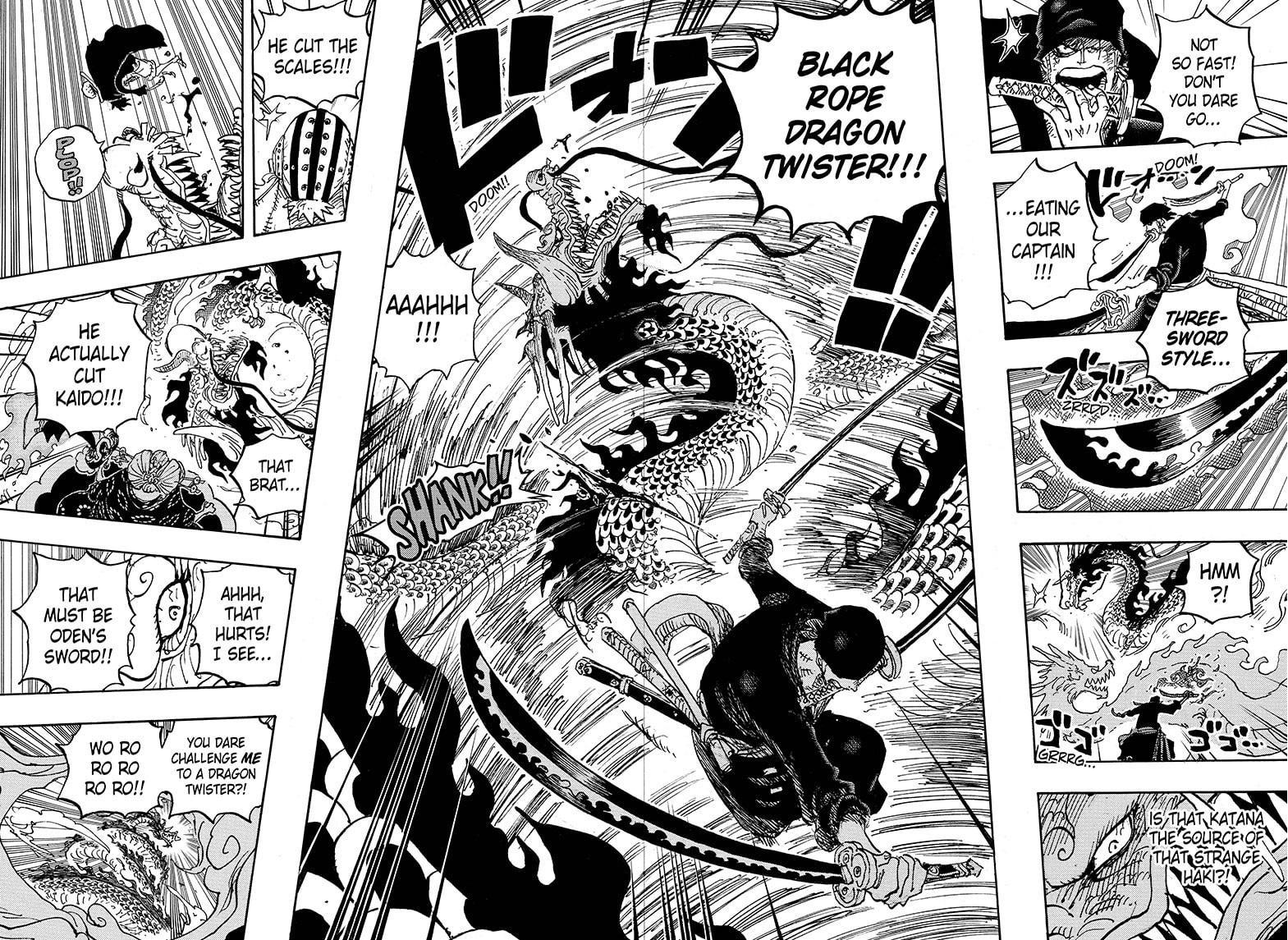