The fight takes place at the kara base located at amegakure, The home town of naruto shippuden villain pein aka uzumaki nagato. It takes place in the research facility that isshiki was using within that area.
The reason why this fight occurs would be that monster king orochi sends his goons to investigate kara and seeing as they got bodied but landed hits on the jobbing leader as he laid pretty well injured from the demon level threats that were neg diffing him like elder centpede. the monster king went to finish the job but he brought alot of his monsters with him to ensure that nothing went wrong such as gouketsu and rover. Isshiki hides away in amegakure nearly dying from EC'S mere movement. So isshiki posts ao and garo to guard the outside area with boro,victor and garashi to guard the tunnels leading to the research lab. Delta on the other hand stands ontop of pein's former post on lookout for any incoming monsters.
Garo and ao have their standard equipment here.


Characters are presumed to act within their character here which means they would have the personality that they have within the series but with most here having the depth of toothpick, That might not play much of factor here but who knows it might under some specific circumstance.
Both teams have a couple days of preparation, Isshiki has to plan for the monster association's assault and orochi has to plan for isshiki's couter defensive, Both have to do this within the confines of the opening post's already preestablished conditions set up here.


Conditions of victory for the monster association would be the death of isshiki as their goal here would to finish the job that elder centipede started and the victory condition for the kara would be to kill or fend off the monster association.
Also just a note both teams gets all members of their organizations, This includes ones not mentioned here,dead ones and ones that betrayed the group like jiraya

.
#2
Isshiki solos the verse pretty much. 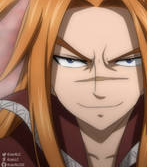