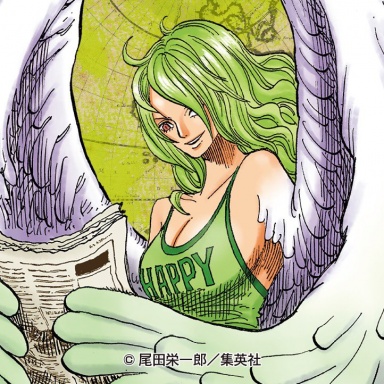 .
#1
Hello again guys. I don’t know if anybody has ever thought about it, but I want to share my speculations about Ancient Weapons. I was thinking about it, and have their connections with Hindu deities, and Sailor Moon. So, let’s begin.

Pluton’s name is based from underworld Rome god, Pluto. The weapon itself is described as huge warship with mass destruction. Pluton’s purpose as mass destruction is pretty similar with one of Hindu deity of trimurti: Shiva. 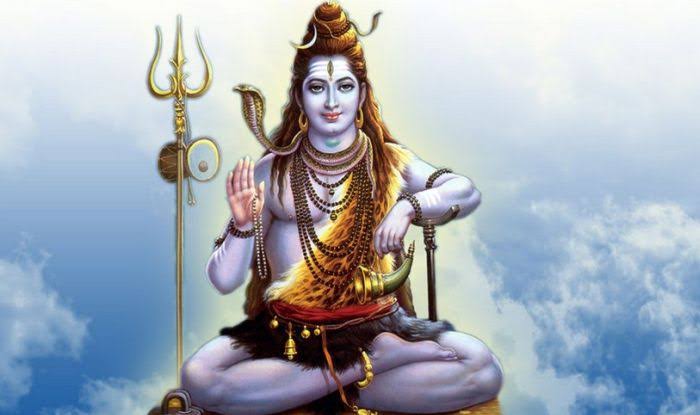 Shiva is also known as “The Destroyer”, therefore Shiva fits with Pluton’s purpose as weapon of mass destruction. Another connection I can take is from Sailor Moon: Sailor Pluto 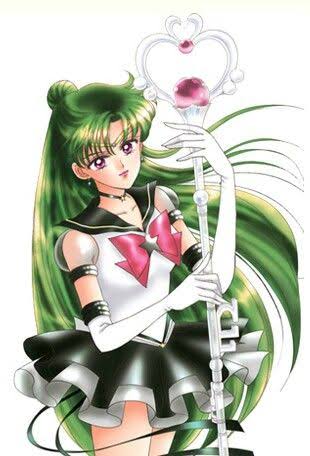 Sailor Pluto is the guardian of Time & Space. Her talisman is Garnet Orb, where she can perform attacks based on time & space. Coincidentally enough, Shiva is also a deity of time. Pluton’s purpose as weapon of mass destruction may consist of using either/both time and/or space to destroy anything into smitherens. Another coincidence is that Pluton is located in Arabasta, a country of desert island, where it connects with sand; as sand can be put in hourglass creating sandglass, as an item to count time. Pluton’s purpose is still unknown, although I may have a suggestion that Pluton may have something to do with Time, similar on Lady Toki, but on a much larger, dangerous scale. It may be possible that Pluton can somehow destroy current One Piece timeline and creating chaos, although it can be used for good. Pluton being placed in Arabasta also represents the nature of land.

Poseidon is Greek version of the Rome god, Neptune, the god of the seas. Coincidentally, current ruler of Fishman Island is King Neptune, therefore Oda used Poseidon as the other name for the ancient weapon. Poseidon as ancient weapon is Shirahoshi, which allows Shirahoshi to control Sea Kings. Shirahoshi’s ability to control Sea Kings is similar to another Hindu deity of trimurti: Vishnu. 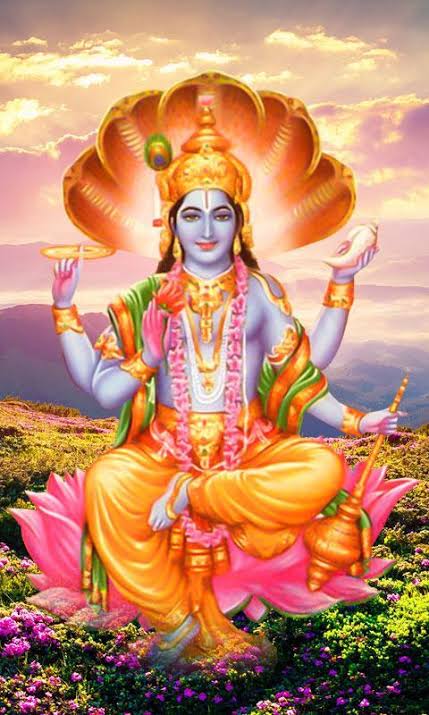 Vishnu is also known as “The Preserver” or the deity whose role is to preserve everything in world. This is really similar to how Shirahoshi can communicate and control Sea Kings at the same time. The connection with Sailor Moon is no other than Sailor Neptune 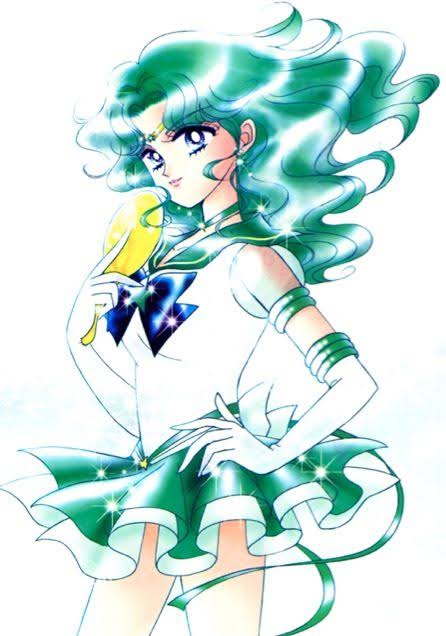 Sailor Neptune is the guardian of the sea, and her power of the deep sea makes her different with Sailor Mercury, whose power commonly revolves around water, ice, and mist. Sailor Neptune’s power is more of a revelation / psychic in nature especially with Deep Aqua Mirror as her talisman, therefore it connects with Shirahoshi/Poseidon’s power who can psychically communicate & control Sea Kings. Although Poseidon is also capable of mass destruction, so far Shirahoshi used her power for good purposes. Shirahoshi, a princess of Fishman Island & also as Poseidon, represents the sea.

Lastly, Uranus. Uranus is god of the sky. Uranus location & purpose is highly classified, but my speculation connects to the last of the Hindu deity of trimurti: Brahma. 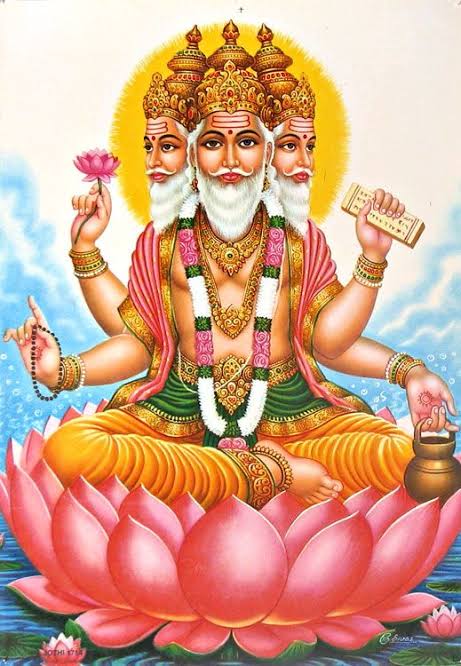 Brahma is deity of creation, and usually reffered as “The Creator”. Although Uranus’ purpose is unknown, if it connects with Brahma as deity of creation, Uranus may have the property to create something out from sky. The connection with Sailor Moon is definitely, Sailor Uranus 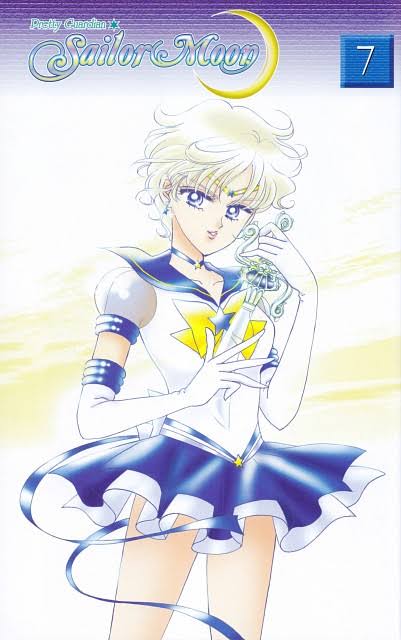 Sailor Uranus is guardian of the sky, with her talisman is Space Sword. Sailor Uranus attacks usually involve air / sky based attacks. Coincidentally enough, Uranus & Brahma are considered “the strongest” among the three (in Uranus case, the god Uranus, not Sailor Uranus; although physically Sailor Uranus is stronger than Sailor Neptune or Sailor Pluto because of her tomboyish nature). Therefore, I suggest a connection I want to emphasize, is which Uranus’ purpose as Ancient Weapon may create something from/to the sky which leads to destruction, although Uranus’ purpose maybe like Poseidon, where it can be used for greater good instead of its destructive force. Uranus’ location is still unknown, although I have a suggestion that it’s somehow located in the sky (as Pluton located in Arabasta; a normal, desert island then Poseidon is under the sea), it might be logical if Uranus is somehow located in sky islands / outer space.


And with connection to 3 Ancient Weapons above, I want to suggest that there is a secret, 4th Ancient Weapon if those 3 are combined: SATURN / CRONOS

Saturn/Cronos is god of harvest, descendant of Uranus, god of sky. I based Saturn/Cronus as the last Ancient Weapon is because if Sailor Uranus, Sailor Neptune and Sailor Pluto combine their talismans, they may summon the last guardian: Sailor Saturn 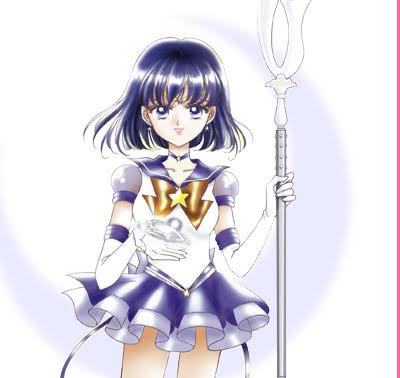 Sailor Saturn herself is guardian of rebirth & destruction. In Sailor Moon, Sailor Saturn weilds Silence Glaive, which purpose is to entirely destroy anything it touches if something happen to Moon Kingdom; although later we can see that Sailor Saturn doesn’t just destroy anything. It totally fits with Ancient Weapons being weapons of mass destruction (although their purpose can be used for good, in good hands). Saturn/Cronos is the ultimate weapon of destruction, that possibly if awakening it, may result in the destruction of One Piece world, combining the nature of land (Pluton), sea (Poseidon) and sky (Uranus) to destroy. The name of Saturn/Cronos depending on which one will Oda use later, same case like Neptune/Poseidon are the exact same deity with Roman/Greek equivalent difference.