‎
#23
I don't know if someone has translate this already but i wanted to translate Yamato's part anyways.

Yamato: You were always willing to kill me!!

Kaidou: Yeah... that's right. This is not a family quarrel... If you are going to carry Oden's name then be prepared for a "War". This is not a game, Yamato!!

Yamato: Is it a crime to admire him!? I like Oden!!

Fodder: Kaidou-san, the Oni princess has been in a rampage for a week!

Kaidou: "Haoushoku" huh, you are promising... but if you are going to call yourself "Oden" then die, Yamato

Kaidou: Cool down inside the cavern! I'll give you one month

Fodder: Eh!? 1 month!? She is going to die!! Also, there are violent samurais imprisoned inside!

Yamato: Waaah! Wait!! Why do you leave me in this dark place!!

Kaidou: Great swordsmans from "Wano Kuni", it will be the same for you all...!! If you become part of my "military strength" i'll let you out. If you change your mind shout to the air hole in the ceiling. You haven't eat for a few days now right? I'll make someone carry food here...!! But just enough for 1 person. You will also need weapons for this, right?

Ushimaru: Eat... You've been born in a very awful family...

Ushimaru: You are "Kouzuki Oden", right? We hear it...!! We also love that man

Yamato: ... I want to read this "journal" but there are a lot of difficult words

A certain someone: At this rate, we will not be able to witness the fight that Oden said that will happen in 20 years...

Samurai2: That's reassuring... Then we will participate in the future fight by "not letting you die" here. We can't wait for 20 years...!!

Yamato: Samurai-san!! If you do that father will...!

Samurai2: We don't want to die from prostation!! We were never going to give in from the start!!

Fodders: Kaidou-samaaaaaa!!! The gate of the celestial rock cave has been broken!!!

Yamato: Even i have, people who believed in me!! People who approved me!! Why do you steal my freedom!? Why did you steal Wano Kuni's freedom!?

Kaidou: The world doesn't work by answering question by question!!! You brat!!

- Special chapter takes place in the "Kingdom of Kamabaka" (on the island of Momoiro) at some point in the 2 years of the timeskip (possibly at the beginning of that period).
- It is night and Sanji sleeps in a warehouse. Suddenly, several okama appears before Sanji to put a "Sweet Dress" on him and Sanji has to run.
- Sanji manages to escape and meets Ivankov, who tells him about the "99 Vital Recipe" of the New Kama Ougi.
- Sanji realizes that the castle is full of okama looking for him, so he decides to run to the forest.
- His plan doesn't work, the okama are also chasing him in the forest.
- 24 hours passed and Sanji is exhausted from running away, Ivankov finds him in the forest.
- Sanji prepares a meal for him with what he finds in the area, which ends with woman Ivankov's erotic moment.
- Sanji also has a erotic moment imagining Nami and Robin as cavewoman.
- Sanji continues to escape from the okama in the forest, and little by little he improves his abilities (escape, survival and search for food in the wild).
- Finally Sanji manages to defeat the first of the "masters" of New Kama Kenpo and gets his first "Vital Recipe".
- The okama want to continue chasing him to put him a "Sweet Dress" but Sanji tells them that they should eat first.
- The okama are fascinated with Sanji's food, but again Sanji's plan goes wrong, since thanks to the food they have more energy to go after him.
- Special chapter ends with Sanji being chased again by the okama, although this time Sanji is happy and willing to get the 98 remaining recipes of the "Vital Recipe" to be able to meet with his nakamas soon. 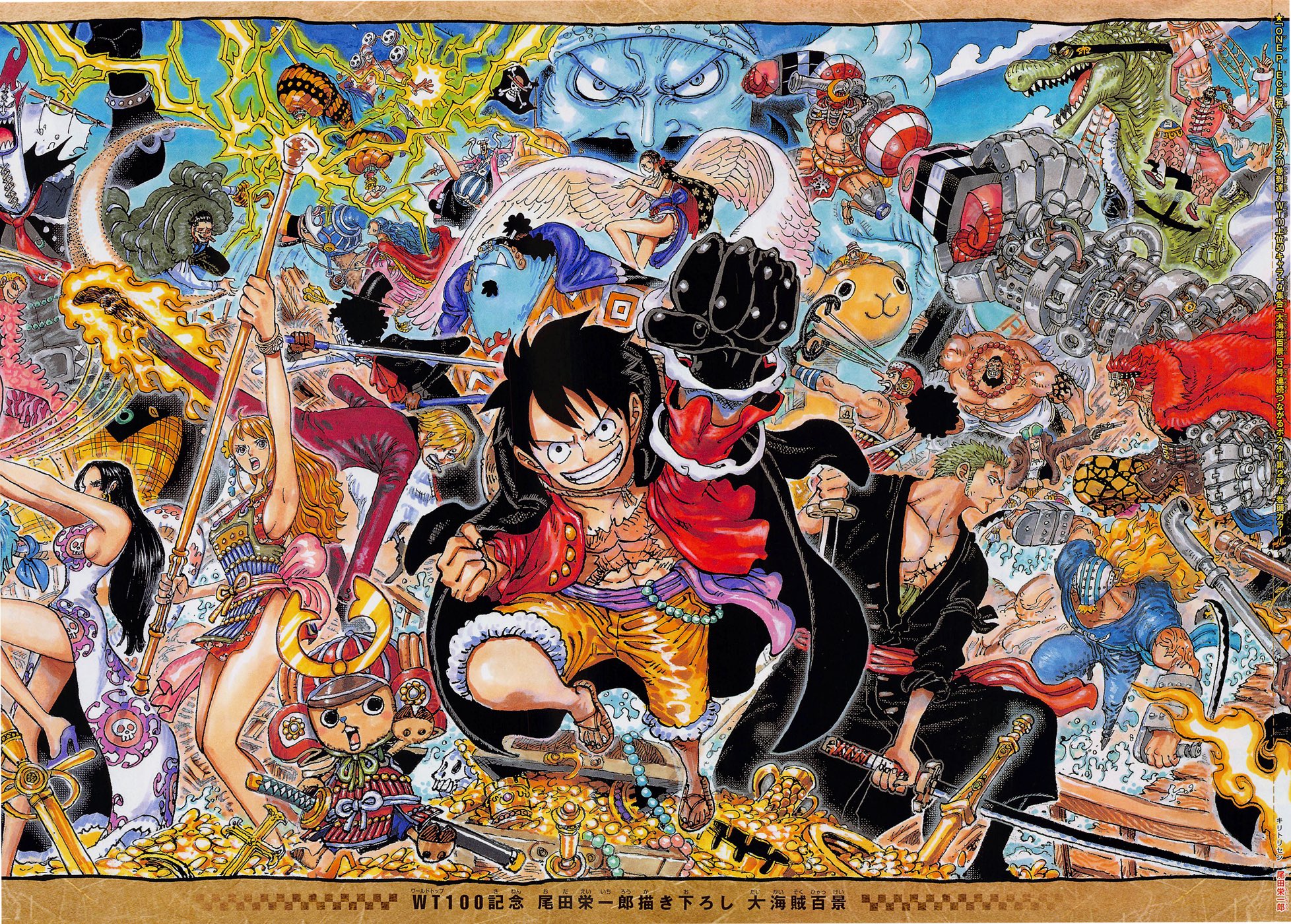