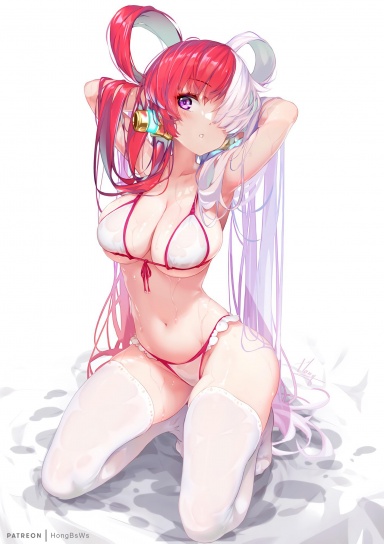 ‎
#4,761
That reminds me that almost 10 years ago before Jinbe joined the crew, he was the only non-straw hat to be shown with the straw hats in gold coins, while others got them in silver or bronze. And now he's a straw hat.
Last edited: Dec 13, 2020

‎
#4,762
Prochief said:
That reminds me that almost 10 years ago before Jinbe joined the crew, he was the only non-straw hat to be shown with the straw hats in gold coins, while others got them in silver or bronze. And now he's a straw hat.
Click to expand...
Well jinbe is facing cats, very bad match up for a fish, matbe this is the a SH dies plot.

‎
#4,763
Look at the anime-only watchers saying “Onimaru for Strawhat”.

When the crew already has a pet (Chopper) and Onimaru isn’t abandoning the grave of his master.
F

When the crew already has a pet (Chopper) and Onimaru isn’t abandoning the grave of his master.
Click to expand...
Cant blame onimaru way Better than chopper anyway

‎
#4,765
As far as I'm concerned, Vivi's an honorary Straw Hat (after the Im thing, her joining for longer became more likely though the chances are still low) so I voted Yamato. Carrot should join too (depends on how her plot with Perospero goes and how she interacts with other Straw Hats).

Law ain't full-on joining, he'll stay an ally. Kinemon, Mom and Tama will stay in Wano. I never even considered Hiyori as an option. Hancock could become an ally (joining might be a bit much). Pudding could join Sanji when each Straw Hat becomes a captain/commander of their own ship/divison but we'll have to see how everything progresses (maybe after that Elbalf arc if it happens).
Last edited: Dec 16, 2020 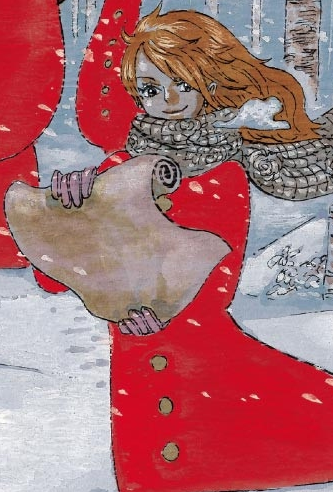 ‎
#4,766
Can the Yamato is staying in Wano to babysit Momo crap stop now? 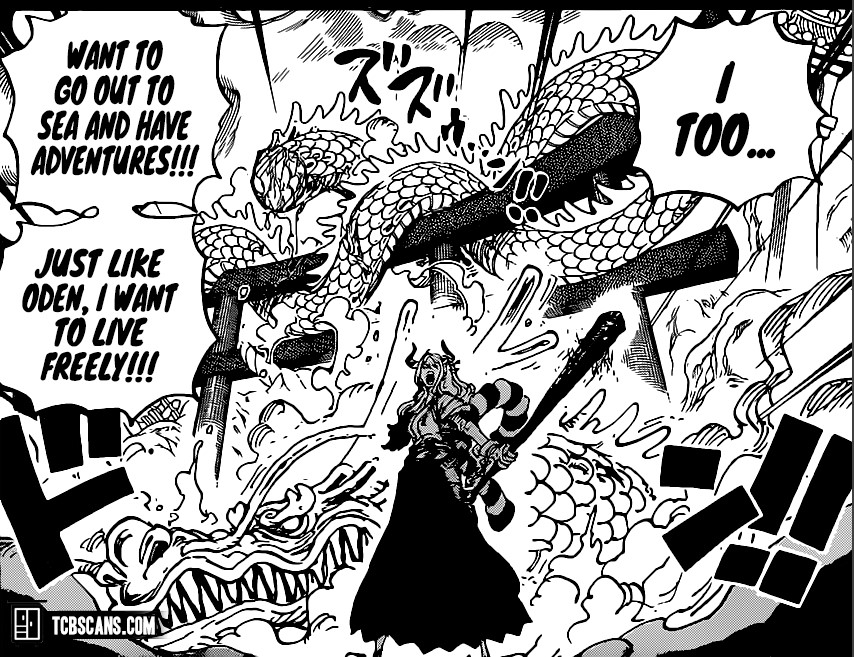 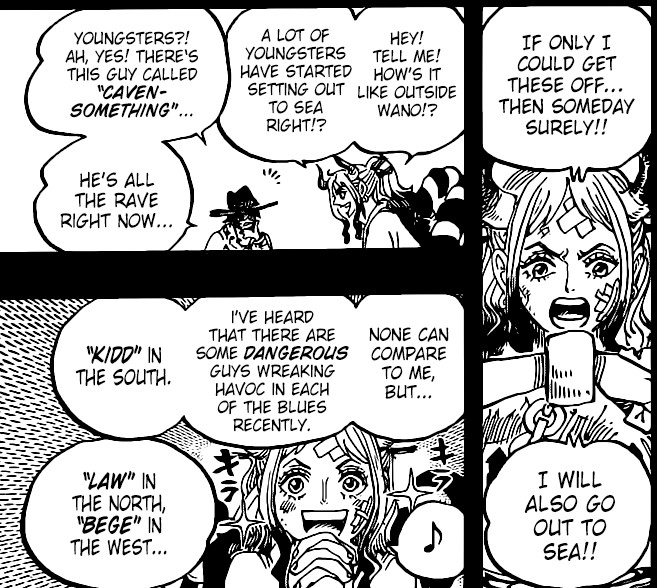 ‎
#4,767
Glasses said:
Can the Yamato is staying in Wano to babysit Momo crap stop now?

Click to expand...
Doubt it since this chapter told us nothing we did not know about.
Yamato wants to get out of there, ahs been clear since her introduction.

‎
#4,769
sanjikun said:
Yamato clearly new SH at this point. Stupid to argue otherwise.
Click to expand...
Well this was my theory since the first time her past with Oden was mentioned. I had figured it was really the case for her to go for a change to move on from her fixations and also her unhappy past in general... it's like with Carrot except that Carrot lost Pedro.

There's another bigger backstory about her childhood and relationship with Kaido to come, which should totally confirm it, but unless she decides randomly to go with Marco or something at the end of the arc then she's going with the Strawhats, specifically to fufill her dream of adventuring like Oden. Which would be as a Strawhat, given that Oden was a Roger Pirate who went to Laugh Tale.

I'd like something a bit more unique for a dream, though, this is a bit too like an amalgam of Luffy and Usopp's for me. Oden is basically a brave man of the seas that was obsessed with freedom. Hopefully there's something in his journal about the true meaning of opening the borders for Wano and that can be her actual dream, with Oden just the inspirational figure.
K 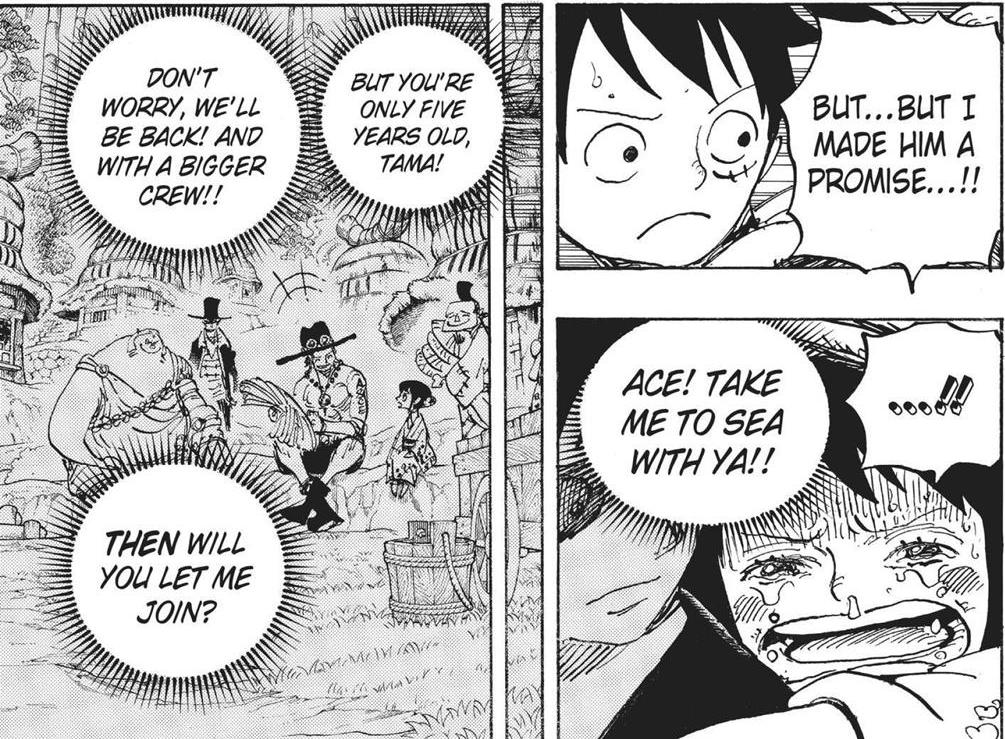 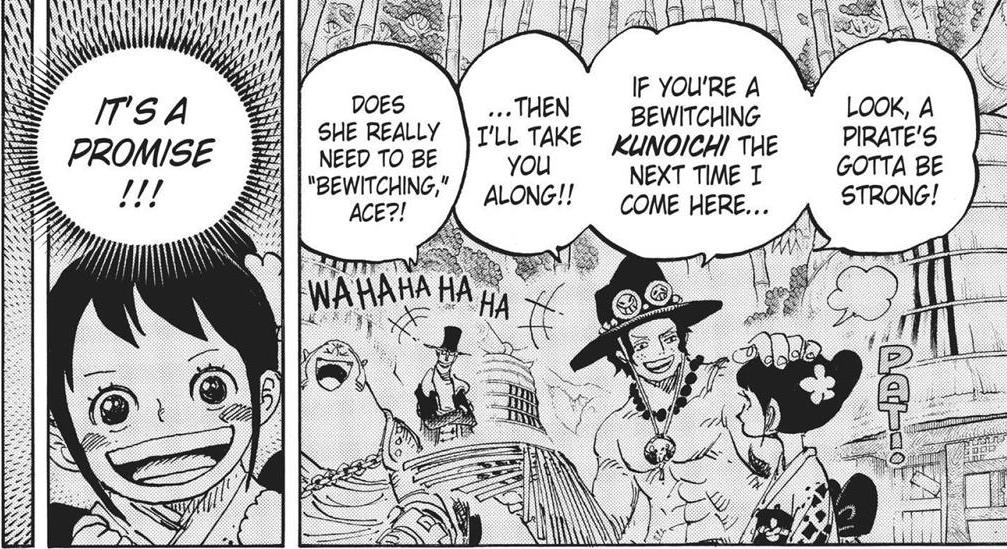 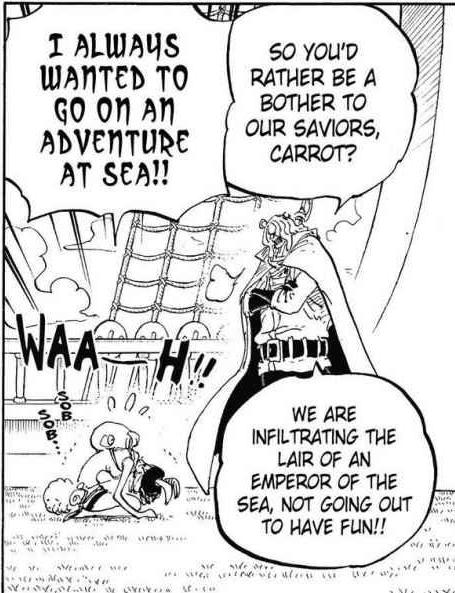 Has been travelling with the straw hats ever since she met them, right up until current time.

If people are saying Yamao is going to join the crew just because she wants to adventure, then they have to keep the same passion towards Tama and Carrot. Characters who also have their own promises and desires to set out to sea.

Yamao and Tama merely wish to set out to sea with the straw hats...that's something Carrot is already actively doing. It's not like she needed to join the straw hats when she did. She would've been in Wano arc regardless of if she came to WCI or not. So why did Oda do it? That's one of the things that separates Carrot from the other two. She has a history with the crew on the sunny.

But what also divides them is the new bonds Oda is developing for the characters. Mainly Tama and Yamao with Momo. And how Oda is presenting Yamao in the role of his guardian, whilst dropping hints for Tama to do the same. 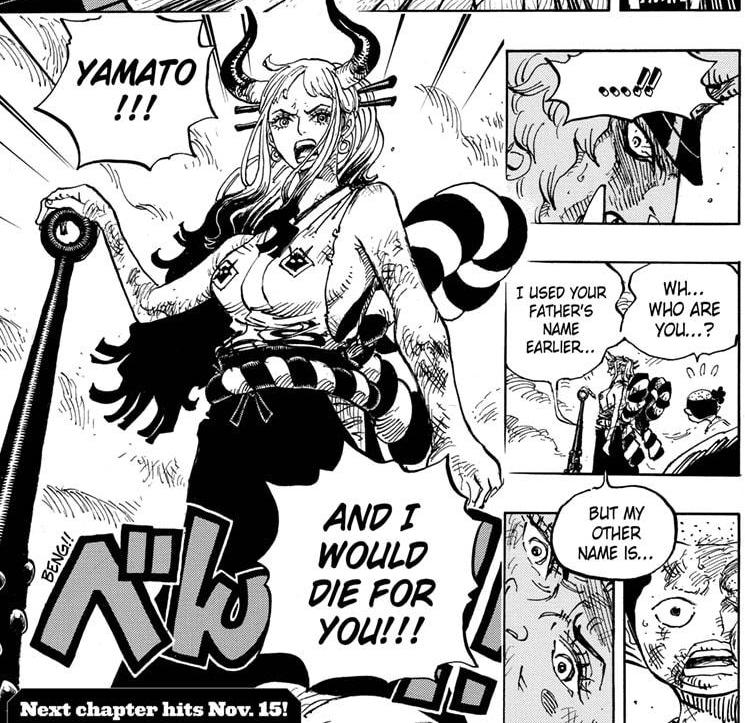 That's not to say that Momo is their only bond. Tama is obviously close with the straw hats and means a lot to Luffy. But when looking in the future based on what we have there is nothing indicating a continued relationship with Luffy post Wano, whereas Tama's already introduced the idea of watching over Momo as a kunoichi. Likewise, all of Yamao's declarations of travelling at sea were before she knew Momo and the scabbards were all still alive. That's a huge deal since she now believes Momo's going to be the one to bring in the dawn and states just how important he is and that she would give her life for him.

And no, this isn't forced labour, or stripping Yamao of her freedom. This is exactly what she wants to do more than anything and is the fulfilment of a wish she thought she'd failed at decades ago. These are her most recent feelings and show that she values the protection of Momo over her desire to go out to sea.

Still, the fact that Oda mentioned this wish again makes it seem fair that she gets to eventually do so. And since Tama wants to do the same thing it brings in to question Momo's role on Wano. After the war, I envisioned the beginning of the preparation for the war against the WG. Wano would be the allies HQ (natural fortress and all), and Momo would stay there. But now I wonder if Momo will be the one to go out to nations sympathetic with the beliefs of the AK and to ask for their help and recruit them to battle. This would achieve multiple things.

1. A perfect opportunity to demonstrate Momo's maturity, strength and worth as a shogun by travelling across the world to recruit allies

2. By choosing Yamao (daughter of Kaido) act as his escort and guardian it would remedy the Wano citizens' mistake of blaming children for their fathers' sins

3. Allows Yamao to simultaneously see the world as they go to each island to recruit, protect Momo, aid in bringing the dawn. (The same goes for Tama, especially if the theory of her being a Kurozumi is true)

There are many ways to travel at sea. You don't have to be on the Sunny to do so. But unlike the suggestions for Carrot, Yamao has shown a very strong interest in protecting Momo. She's strong enough to travel the new world without needing the SHP. She has a log of Oden's travels and knowledge on what the D is (Which would be useful in recruiting AK allies). Meanwhile Carrot's already begun her adventure with the straw hats and has bonded with them to the point that she just feels like another member in their family.

Why take Carrot away from the straw hats and put her on different adventure despite already having travelled with them for over a month, whilst simultaneously taking Yamao away from Momo and grouping her with the crew where she has no purpose for being?
Last edited: Dec 18, 2020

‎
#4,773
Well Yamato fought Ace equally years ago. If Luffy becomes somewhat equal or slightly below Yonkou after Wano, it seems about right his next crew member could be around Ace's power level. Zoro/Sanji would be around Marco power level.

My only reservation for Yamato is the journal. It's literally a book of spoilers for the whole journey. I thought it would be forgotten plot hole but she pulled it out again this chapter. Unless the journal gets destroyed in the fight and it turns out she hasn't read the whole journal, I'm not completely convinced yet.

‎
#4,774
Yep, if Oden wrote more than a few small things regarding D, would be a huge no-go vs Yamato.

‎
#4,775
Carrot is getting so little panel time right know that it's laughable. 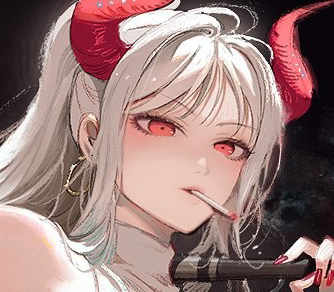 ‎
#4,778
Patryipe said:
Carrot is getting so little panel time right know that it's laughable.
Click to expand...
We didn’t used to call her the background rabbit for nothing

‎
#4,779
At this point Carrot's story just seems to be an avenue of tidying up plotlines left unresolved.

Tbh, I wouldn't be surprised if Pedro/Peckoms show up out of nowhere later at this point lol.

Yamato has my vote entirely right now, especially due to her hidden power, desire to adventure, relationship to Ace, and a likely sad past, maybe with her mother

Yeah, Yamato for Nakama has gained a lot of steam with this chapter with not one, but TWO reaffirmations of leaving for adventuring. And now, Yamato is going to get her second flashback later in this arc.