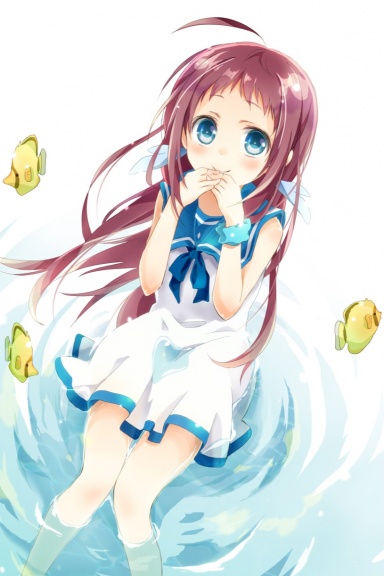 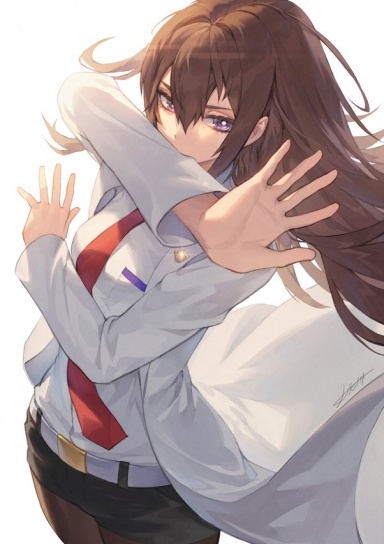 .
#2,823
Flower said:
Another thing, I don‘t really think the 2 Gents, 2 Ladies theory is correct. Midnight flipped Izaya Orihara who didn‘t have a Lover in the series iirc. In fact, he helped tearing people apart. But we know from Lanji‘s role that Town should have Lovers.

Town: Lovers, couples which are together.

That would be my guess.
Click to expand...
I was thinking this as well. I had to go check Izaya's wiki too and made sure he didn't have a lover lol. I'm glad someone shares my thought process here.

.
#2,824
If you guys wish to end the phase early then [Vote End Phase] and when a majority has voted such day phase will be over​ 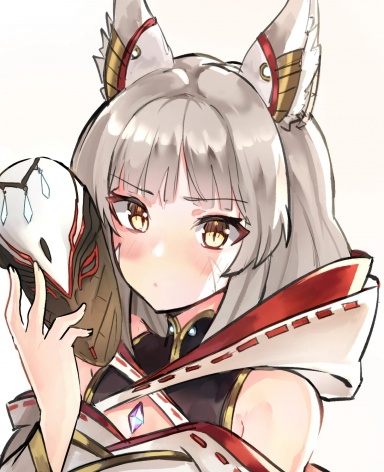 .
#2,825
Lindltaylor said:
I was thinking this as well. I had to go check Izaya's wiki too and made sure he didn't have a lover lol. I'm glad someone shares my thought process here.

Vote Lynch Poison @Noctis @AL sama
Click to expand...
I think it also fits the theme. Valentine everyone wants to be with their lover and then there are those who wanna destroy relationships. 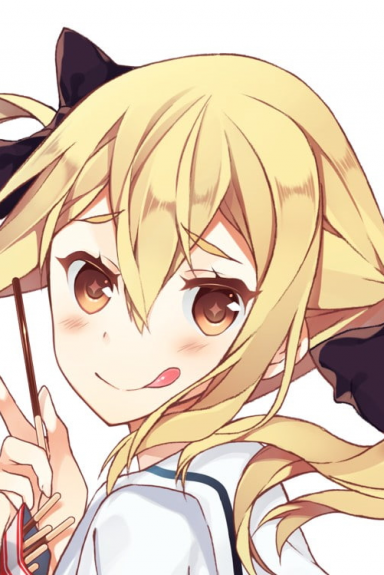 .
#2,827
Lindltaylor said:
The remaining 3 scums have to be in these players:
Ratchet, Flower, Emilia, Poison, Krogo and
Click to expand...
Where on Earth are you getting this from?????

Flower said:
If you think somebody is getting blamed for something, then you think or know that the people blamed for a lynch are Town.
Click to expand...
Not true, it simply means you think the one who is blaming others doesn't share a scum team with them. Though even then, you could argue they are both scum, both on the same Mafia team, and prioritising one scum role over another. It really isn't as cut and dry as you are insisting it is.
K

Ratchet said:
Where on Earth are you getting this from?????
Click to expand...
From this post below:

Lindltaylor said:
This is my thought process just so that townies know what I'm working with:

Midnight eventually went after usopp and JDB on day 1 when light was asking him who he suspects. He then named 3 more names (Poison, Lanji and Flower) but refused to cast a vote on them. From this I assumed that JDB is town, because midnight tried to suspect him very early on in day 1 and I don't believe scummates would do that so early.

I town read Mango because of what I said earlier about his read on midnight. For Alibaba I have personal reasons. And T-pein honestly just looks town to me lol. He agrees with Beta and Beta wanted to go for Midnight's lynch.

So that's 5 town reads from me. From discussing more with Emilia I'm town reading her too and Rhea looks fine to me for now. She also voted Midnight without much resistance.

Among Ratchet, Flower, Marimo, Krogo and Poison. Poison looks the worst to me. Flower and Ratchet are my other town reads.

So that would mean, Marimo, Krogo and Poison are all scum lmaoo. Either my reads are fucked like crazy or they're correct. Meaning that the mafia team is only composed of gentlemen and no ladies.

So you can see that I am very much confused. Any input is appreciated.
Click to expand...
So if I don't town read Emilia (I am town reading her now though) . Then among you 6, 3 scum remain. But honestly this is all from my reads and some crazy tinfoil that mafia is only composed of gentlemen.

I'm open to any thoughts or suggestions tbh. I literally ask for any inputs at the bottom. 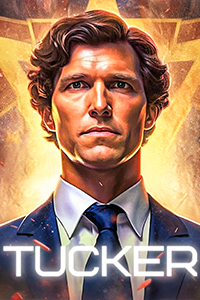 So if I don't town read Emilia (I am town reading her now though) . Then among you 6, 3 scum remain. But honestly this is all from my reads and some crazy tinfoil that mafia is only composed of gentlemen.

I'm open to any thoughts or suggestions tbh. I literally ask for any inputs at the bottom.
Click to expand...
I dont like what I am seeing.
This Poison is too easy.

.
#2,832
Flower said:
How much time do we have left?
Click to expand...
You seem eager to just lynch any of the people in the list.
Is this your list?

.
#2,833
T-Pein™ said:
I dont like what I am seeing.
This Poison is too easy.
Click to expand...
I mean the votes collected easily on both Emilia and Poison.

Maybe everyone on this bloody valentine thing is town after all.

We need people to target the right players at night - All the suspects and pushers.

Please target any of the 6 names I put in there guys.

.
#2,834
Lindltaylor said:
I mean the votes collected easily on both Emilia and Poison.

Maybe everyone on this bloody valentine thing is town after all.

We need people to target the right players at night - All the suspects and pushers.

Please target any of the 6 names I put in there guys.
Click to expand...
Protects should be on Mango. 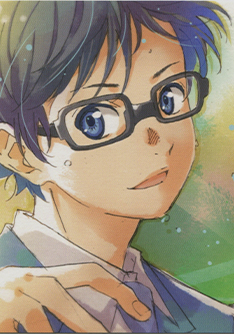 “Everything you say and do...it all sparkles so brightly. It's too blinding for me, and I end up closing my eyes.”​
[Passive - Void] - There is a void inside Arima left by his desire to perform again. As such he's immune to the first kill that it is targeted for, but will die immediately if ever targeted by any type of ability.

[Active - Supportive] - Arima is a very kind person who always thinks the best for others. As such during the night, he may choose a player and boost their defenses. He will protect them from a regular kill.

[Active - Music] - Arima has perfect pitch where he was able to accurately replicate a piece that he had only heard once. As a result, he may choose two players to perform a melody for them. If both players are innocent players, their votes will not count against each other during that day and any negative abilities they use on each other, during that cycle, will fail. [2-shots]

.
#2,838
Most pairings already share private PM so, they may submit their R/P/S submission and those who don't share will be added shortly. 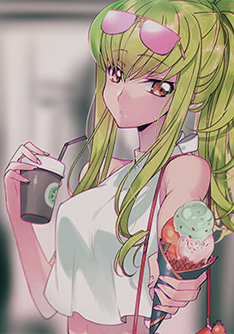 "There are times in life when you have to distance yourself from those you love, because you love them."​
[Passive - Lelouch] - Lelouch and C.C. were often paired as the witch and the warlock, their duo is something to behold. Both of them must win at least one dancing challenge, by any chance, if they win as a pair it will count for both of their victories.
--- [Affection] - As she becoming close to Lelouch, they both will start to care for each other. If they were to pair once in the game, they will gain immunity to each other votes. If they were paired twice they will gain immunity to each other negative actions.

[Active - Geass Contractor] - C.C. is the most prominent character who grants the power of Geass. C.C. may make a contract with people to grant them the power of Geass. Each Geass will manifest differently in each individual depending on their character and inner desires of that character. The contract will consist of a test to prove they are worthy of the Geass. The test can any of these one thing, a riddle, or a game of battleship, or a pop quiz consisting of 5 questions related to the game. If the player solves it, then she will ask them this question - "If I grant you power could you live with this contract? In exchange for power, you must make my one wish come true. Are you are prepared for this?". if they answer positively, they will be granted the power of Geass. She will gain a private chat with them.

[Active - Hallucinatory] - When in close proximity to another person, C.C can afflict them with a hallucinatory experience of chaotic and ominous images, pertaining in part to the memories of the target involved; the content varies with the afflicted. Each cycle, she may target a player, they will learn negative actions abilities they were targeted with previous phases but they wouldn't know who did it. Some players may even see the vision of the player they are paired with.
--- [SIde Effect] - After seeing the vision people often left with shock, causing them to freeze in wonder. Anytime C.C. uses her hallucinatory power, the host will roll a D18.
[1 - 5] - Her target will be vote-silenced for the day phase
[6 - 9] - They will be role-block that phase.
[10 - 13] - It will inadvertently redirect their actions to a random target that phase.
[14 - 16] - It will disable half of their abilities for a cycle.
[17 - 18] - Player will suffer from complete mental shock. It will role-crush them for a cycle.

[Active - Love Geass] - C.C.'s Geass, gained through a contract with a nun during apparently medieval times, granted her the power "to be loved", and forced anyone she used it against to fall in love with her. During the Night Phase, C.C. may order a player to vote for a target of her choice. If they refuse, they will lose their vote that phase. Since C.C only had Geass when she didn't inherit the code as such may not use any other ability for that cycle. [2-Cycle Cooldown]
--- [Geass Activation] - Activation of the Geass require C.C to make eye contact she must quote or tag her target in the thread, and if they quote you back it will trigger the Geass. If they ignore the post altogether, the command will fail. 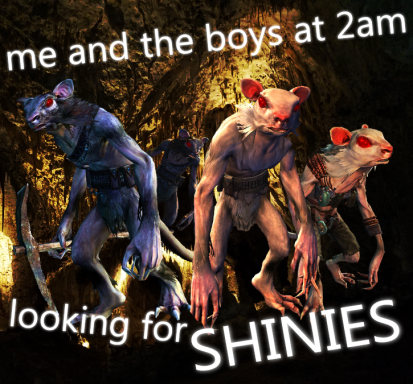